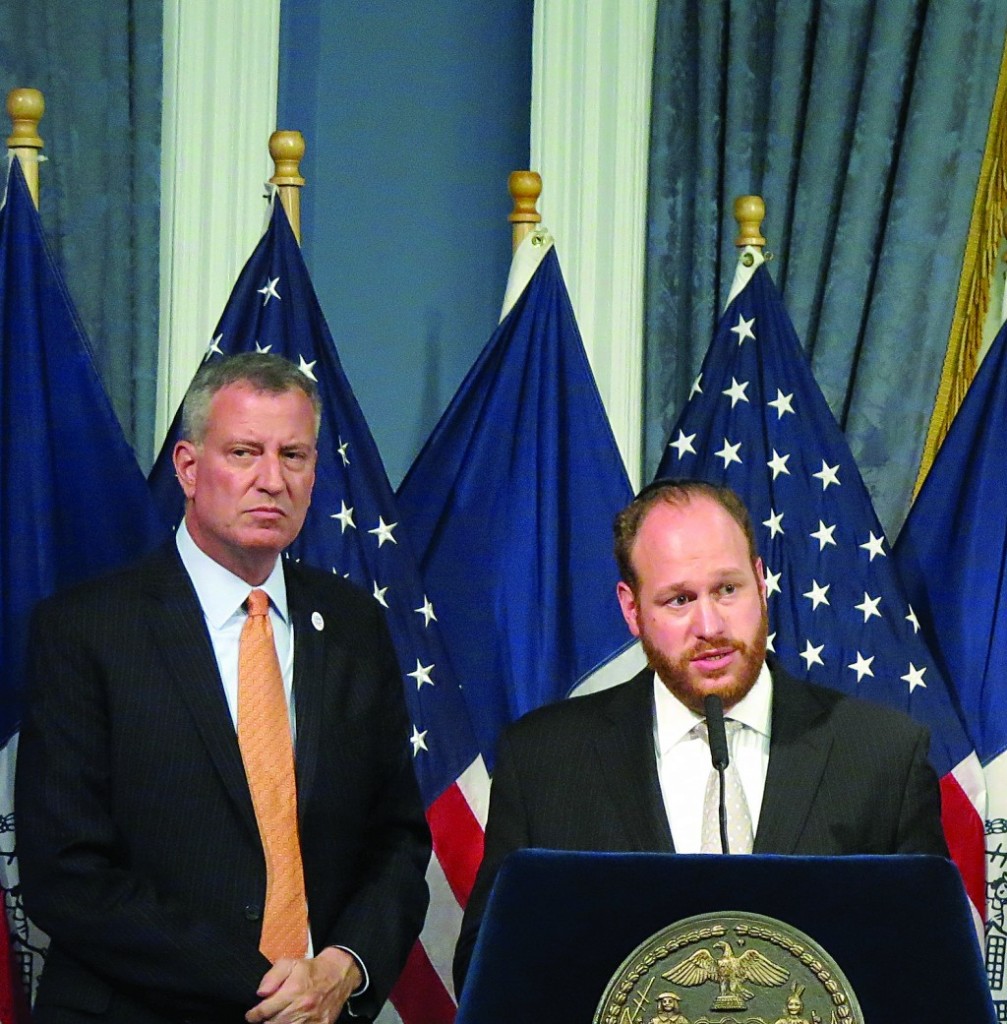 Crucial traffic safety legislation introduced by Councilman David Greenfield was one of 12 traffic bills signed into law by Mayor Bill de Blasio on Monday, at PS 152 in Queens, where eight-year-old Noshat Nahian was killed by a tractor-trailer in December while walking to school.

Approximately 250 people are killed and 4,000 seriously injured every year in crashes, the majority of whom  are pedestrians.

Greenfield has also urged the NYPD to increase the number of school crossing guards at dangerous street corners and asked the city to add important safety measures like more pedestrian countdown signals and flashing warning lights to warn large trucks of low underpasses.

If you have a recommendation on a school that you would like to see included in this new “slow zone” initiative, please call Councilman Greenfield’s office at (718) 853-2704.