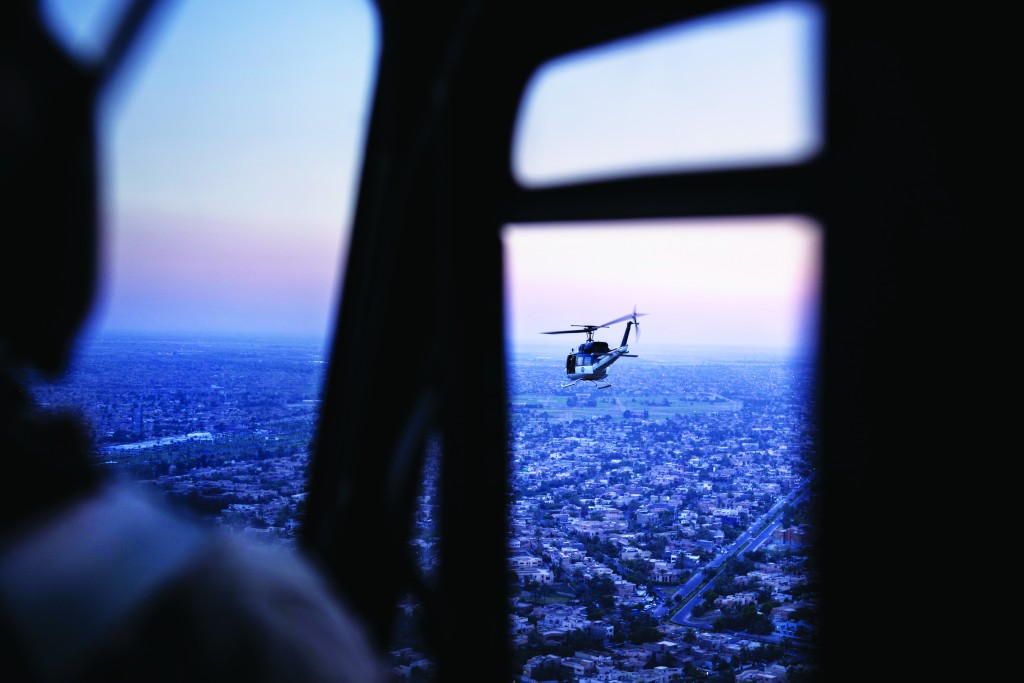 America’s top diplomat said Monday that leaders of Iraq’s factions must keep their commitments to seat a new parliament next week, before a Sunni insurgency sweeps away hopes for a lasting peace.

Meeting with all factions, Secretary of State John Kerry had a dire message to leaders of Iraq’s bitterly divided Shiite, Sunni and Kurdish political coalitions who have lived through more than three decades of dictatorship, sanctions and wars.

“This is a critical moment for Iraq’s future,” Kerry said at a press conference in Baghdad. “It is a moment of decision for Iraq’s leaders and it’s a moment of great urgency.”

Sunnis frustrated with being cut out of power are increasingly joining the ISIL (also known as ISIS), a bloody insurgency that has been emboldened by battlefield successes in neighboring Syria’s civil war and has made rapid and record gains in Iraq over the past two weeks.

Kerry is seeking to hold the officials to a government transition that the U.S. believes will stave off the threat of a new civil war by giving more power to Iraq’s minorities.

Kerry offered few details of his closed-door meetings in Baghdad. But he said each of the officials he met with — including Shiite Prime Minister Nouri al-Maliki — committed to seat a new parliament by July 1 as the constitution requires.

“The very future of Iraq depends on choices that will be made in the next days and weeks, and the future of Iraq depends primarily on the ability of Iraq’s leaders to come together and take a stand united against ISIL,” Kerry said, referring to the insurgency known as the Islamic State of Iraq and the Levant. “Not next week, not next month, but now.”

He also said no country — including the U.S. — should try to pick new leadership for Iraq. “That is up to the people of Iraq,” Kerry said.

Al-Maliki is facing growing calls for his resignation as disgruntled Sunnis say they do not believe he will give them a greater voice in the government.

After suffering together through more than eight years of war — which killed nearly 4,500 American troops and more than 100,000 Iraqis — Washington and Baghdad are trying to shelve mutual wariness to curb the very real prospect of the Mideast nation falling into a fresh bout of sectarian strife.

Parliament Speaker Osama al-Nujaifi, one of Iraq’s top-ranking Sunnis, told Kerry that the insurgents pose “a threat to the entire world.” Al-Nujaifi, is from Mosul, Iraq’s second largest city which was overrun earlier this month by insurgents.

Of the insurgents, al-Nujaifi said “we have to confront it through direct military operations, political reforms so that we can inject a new hope into our own people so that they can support the political process and the unity of Iraq.”

Iraqi officials briefed on Kerry’s talks with the Iraqi prime minister said al-Maliki urged the United States to target the insurgents’ positions in Iraq and neighboring Syria, citing training camps and convoys with airstrikes. The officials said Kerry responded by saying a great deal of care and caution must be taken before attacks are launched to avoid civilian casualties that could create the impression that Americans are attacking Sunnis.

The officials spoke on condition of anonymity because they were not authorized to speak to the media on the record.

President Obama, in a round of interviews that aired in the U.S., said al-Maliki and the Iraqi leadership face a test as to whether “they are able to set aside their suspicions, their sectarian preferences for the good of the whole.”

“And we don’t know,” Obama said. “The one thing I do know is that if they fail to do that then no amount of military action by the United States can hold that country together.”

Kerry arrived in Baghdad just a day after the Sunni fighters captured two key border posts, one along the frontier with Jordan and the other with Syria, deepening al-Maliki’s predicament.

Their latest victories considerably expanded territory under the insurgents’ control just two weeks after the al-Qaida breakaway group started swallowing up chunks of northern Iraq, heightening pressure on al-Maliki to step aside.

The offensive by ISIL takes the group closer to its goal of carving out an Islamic state straddling both Syria and Iraq. Controlling the borders with Syria will help it supply fellow fighters there with weaponry looted from Iraqi warehouses, boosting its ability to battle beleaguered Syrian government forces.