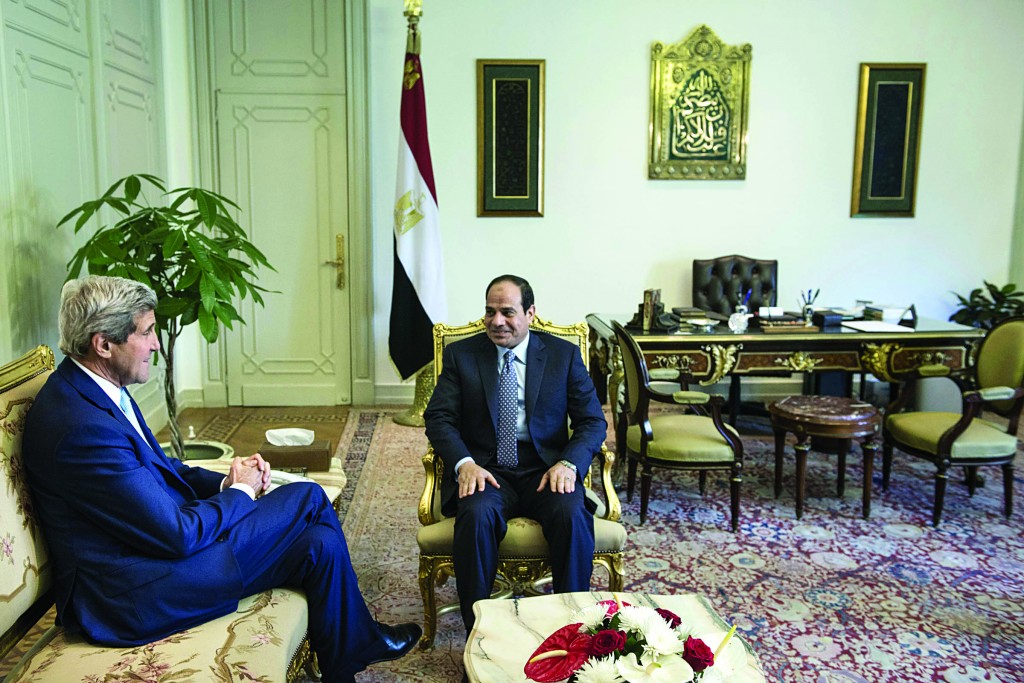 Economic and security problems are undermining Egypt’s stability, and Kerry’s visit signals an attempt by the Obama administration to thaw a relationship with a longtime Mideast ally that has cooled in recent years during the country’s political turmoil.

“For Egypt, this is also a moment of high stakes as well as a moment of great opportunity,” Kerry told reporters after meeting El-Sisi. Kerry then headed to Jordan as he began a weeklong trip to the Mideast and Europe.

Over the last year, in particular, the U.S. has watched warily as Cairo has outlawed the Muslim Brotherhood, an Islamist political opposition group that was ousted from power last July.

U.S. officials cite hard-line policies — including the sentencing of hundreds of people to death in trials lasting only a few hours, and the jailing of journalists — in refusing to fund all of the $1.5 billion in military and economic aid that Washington usually sends to Cairo each year.

The U.S. reluctance has fueled frustration among Egyptians who accuse the Obama administration of favoring the Muslim Brotherhood and starving Cairo of help at a time when the country’s economy and security are at risk.