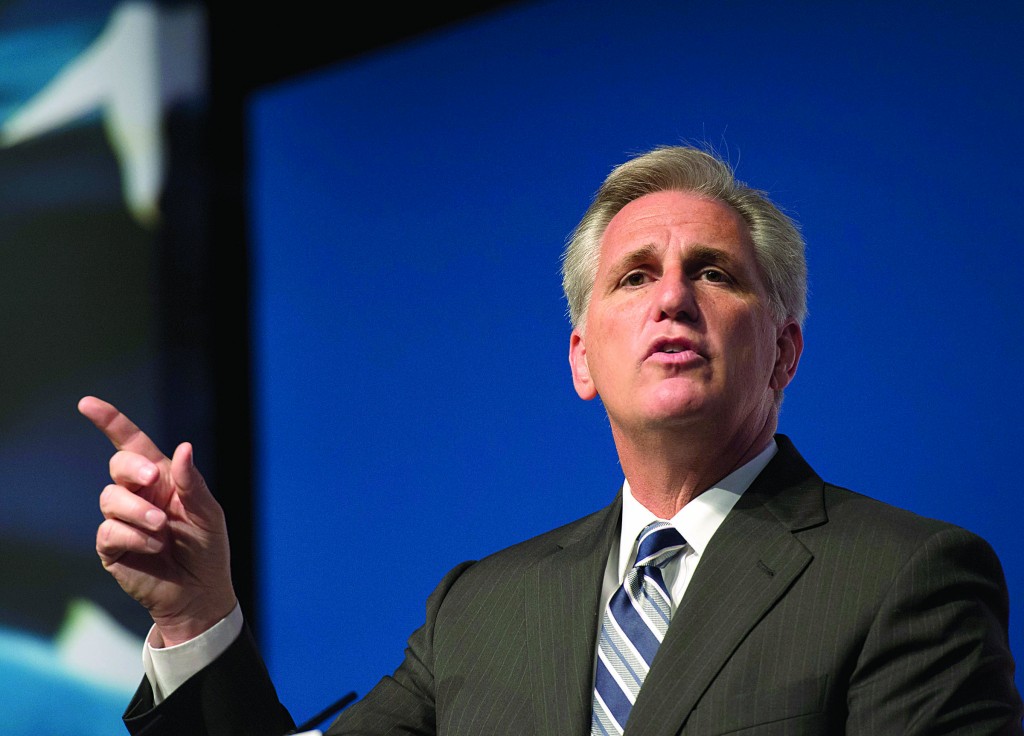 Rep. Kevin McCarthy, in his first appearance on the Sunday news talk shows as House majority leader, said he thinks the often fractious Republican caucus can do business with President Barack Obama, but Senate Democrats might be tougher.

“I believe you can work with anybody,” McCarthy said told Fox News. “The challenge has been Harry Reid.”

McCarthy, the California Republican elected to the No. 2 House leadership position last week, blamed Reid, the Senate majority leader, for not taking up “more than 240 bills” that had been passed by the GOP-controlled House. “If you want to know the problem and the frustration with Washington:  the Senate,” he said. “They never send something to the president’s desk, so how do you even negotiate with the president if he doesn’t have the bill on his desk?”

If Republicans take over the Senate next year, he said, “I think it will be a new day for America and a new direction.”

McCarthy pushed back against a suggestion that he was less conservative than Eric Cantor, his predecessor as majority leader. “I believe in the idea of freedom and liberty. But more importantly, look at my voting background. I voted against bailing out Wall Street. I voted against, never voted for a tax increase.”

Immigration reform will be one of McCarthy’s most pressing challenges. As the representative of a California agricultural district where farmers rely heavily on migrant labor, he has spoken in favor of a path to legal status for some immigrants. On Sunday, he said there should be no talk of an immigration reform bill “until we secure the borders, because the borders are not secure.”