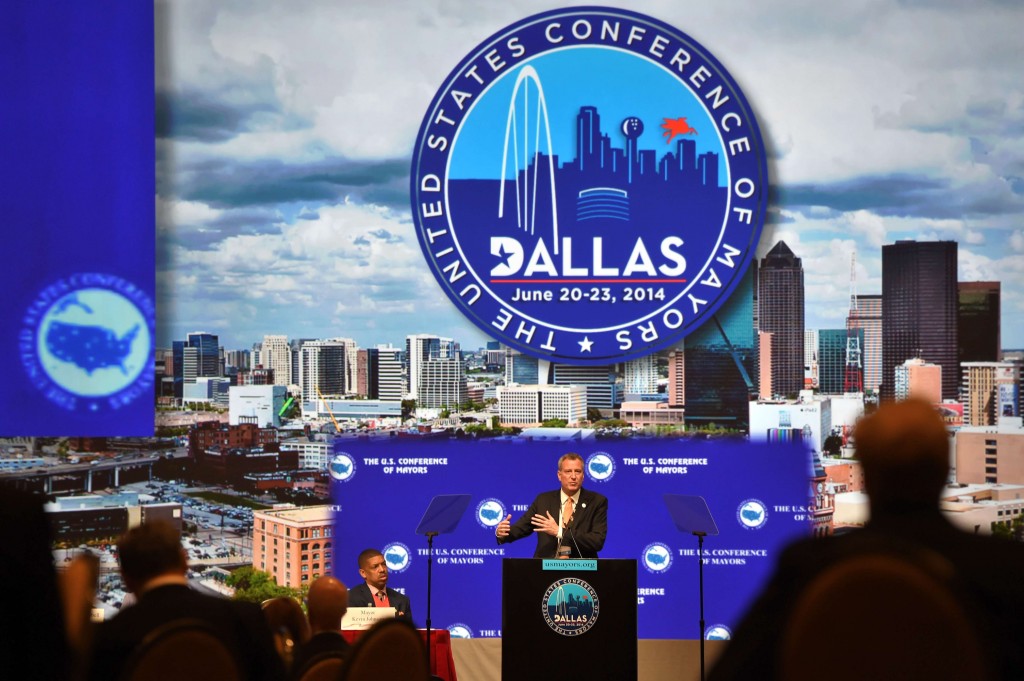 De Blasio spoke alongside several city leaders at the U.S. Conference of Mayors’ annual meeting in Dallas. He will chair a new conference task force on “cities of opportunity” that will address potential actions it can recommend to member cities to help the poor and middle class.

Mayors at this weekend’s conference are considering resolutions on a range of issues stymied at the federal and state level. De Blasio says “we’re trying to create some of that momentum” needed for further action.

The task force’s first meeting is scheduled for Aug. 11 in New York.