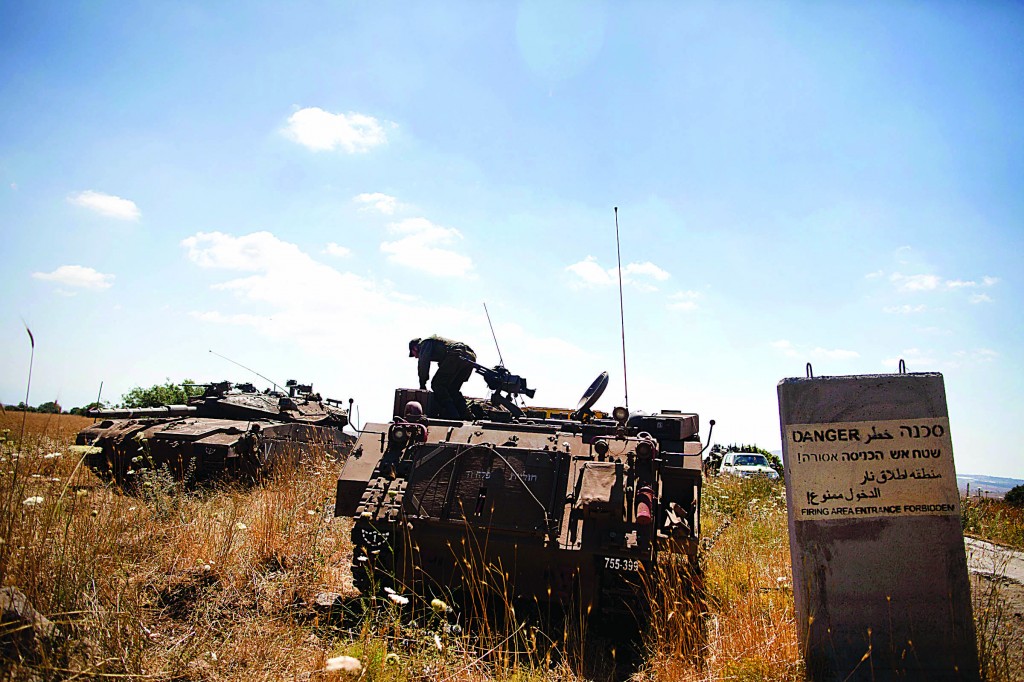 An attack from inside Syria on Sunday killed a 13-year-old Israeli boy on the Golan Heights, the first fatality on Israel’s side of the frontier since the Syrian civil war began.

Israeli tanks fired at Syrian army positions in response to what an Israeli military spokesman described as an intentional attack.

The Defense Ministry said the teenager, an Arab citizen of Israel from a village in the Galil, had accompanied his father, one of the ministry’s civilian contractors, to the Golan, and that two other people were wounded in the incident.

“My boy died before my eyes,” the father of Mohammed Karaka said.

Speaking to Ynet from his hospital bed at the Rivkah Ziv Medical Center in Tzfas, the father said, “He was very happy when I agreed to take him with me today, and now this joy has turned into a tragedy.”

“He was an excellent student, everyone loved him,” his cousin, Salah Qaraqara, 52, told Reuters, adding that he wanted to be a doctor.

A military spokesman said it was not yet clear whether a roadside bomb or an artillery shell or mortar round, fired from Syria across the frontier fence on the Golan, had struck the water tanker in which the group had been travelling.

Shelling from the Syrian civil war has occasionally spilled over onto the Golan, including what Israel has said were deliberate attacks on its troops.

Last March, four Israeli soldiers were wounded in a roadside bombing along the Golan frontier.