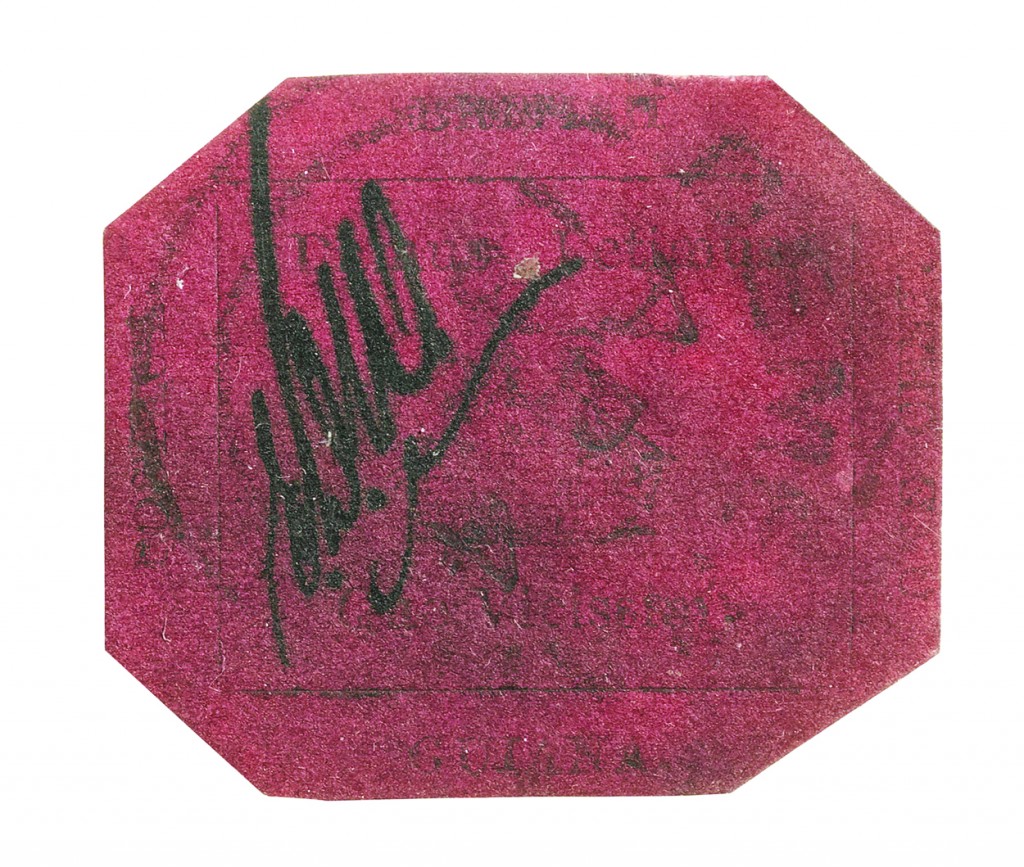 A 1-cent postage stamp from a 19th century British colony in South America has become the world’s most valuable stamp — again.

The 1856 British Guiana One-Cent Magenta sold Tuesday at auction in New York for $9.5 million, the fourth time the stamp has broken the auction record for a single stamp in its long history.

“That price will be hard to beat, and likely won’t be exceeded unless the British Guiana comes up for sale again in the future,” Redden said.

Measuring 1 inch-by-1¼ inches, it hasn’t been on public view since 1986 and is the only major stamp absent from the British Royal Family’s private Royal Philatelic Collection.

“You’re not going to find anything rarer than this,” according to Allen Kane, director of the Smithsonian National Postal Museum. “It’s a stamp the world of collectors has been dying to see for a long time.”

An 1855 Swedish stamp, which sold for $2.3 million in 1996, previously held the auction record for a single stamp.