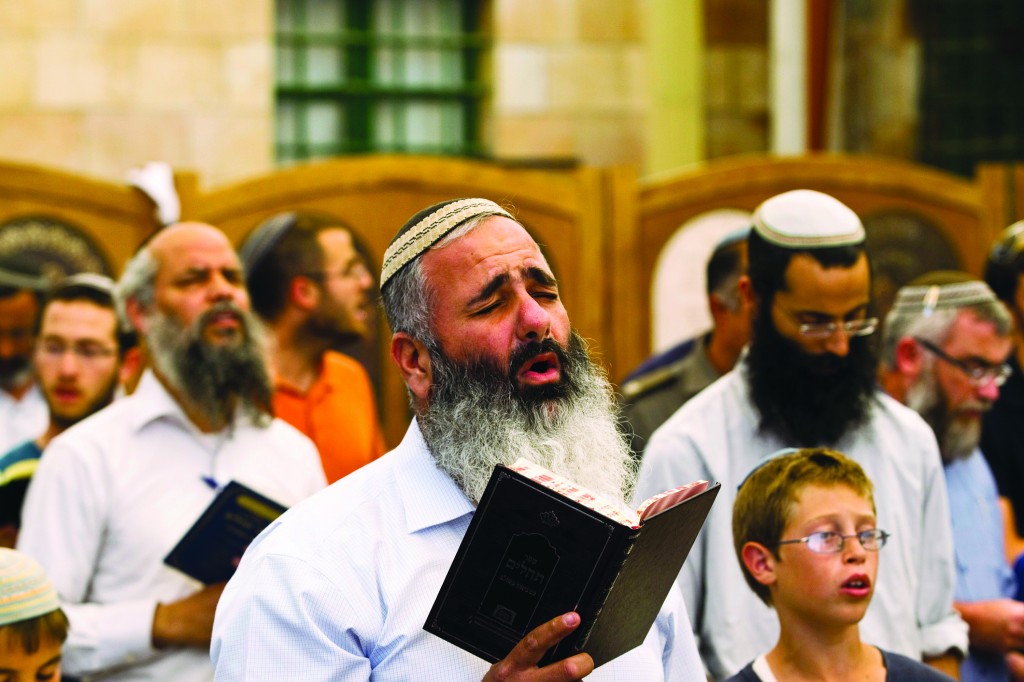 Israel re-arrested 51 Palestinians freed in the  Gilad Shalit prisoner swap deal in 2011, the army said on Wednesday, in the sixth day of a massive search for three missing teenagers.

An IDF spokesman said more than 65 Palestinians were detained overnight, including 51 who were part of a group of 1,027 prisoners released by Israel three years ago in return for Shalit, a soldier who was kidnapped by Hamas in 2006.

“We have two efforts ongoing in parallel. First is to bring back the boys, and the second is to take a toll on Hamas for its actions,” spokesman Lieutenant-Colonel Peter Lerner said.

An Egyptian official said that Cairo, which is in contact with Hamas and other Palestinian factions, was helping Israel gather information that might lead to the missing teenagers. But he
denied Israeli and Palestinian media reports that Egyptian mediation was already under way.

The IDF spokesman said the army had raided institutions that provide civilian support for Hamas, including the group’s Al-Aqsa radio station. He said computers and documents were seized.

“It’s a multi-dimensional operation, both overt and covert and indeed, it is going to strike a substantial blow to Hamas, its infrastructure, its institutions, its lifeline and everything that keeps it going,” he said.

The Hamas presence in Yehudah and Shomron has become a focus of comment by analysts in light of the kidnapping.

Barak Ben-Zur, a former member of Israel’s Shin Bet security service, said Hamas had thousands of armed operatives in the region a decade ago, during a Palestinian uprising in which it carried out frequent suicide attacks in Israeli cities.

Now, he said, there are only a handful of terrorist cells in the area, where an Israeli barrier now stands and the number of anti-Israeli attacks has dropped in recent years.

“But it is not about the number of terrorists, it’s about the quality of attack. Look at what is happening now, one attack on three youths which has the entire political leadership of Israel dealing with that and nothing else,” Ben-Zur told Reuters.

“Hamas’s military might in Yehudah and Shomron was never strong. They had sleeper cells, and no one has ever known their number, size or weaponry,” said Nashaat al-Aqtash, a media studies professor at Bir Zeit University and a former consultant in Hamas’s election campaign in 2006.

Experts said Hamas has its main strongholds outside Gaza in the cities of Chevron, Jenin, Qalqilia, Tulkarm and Shechem, as well as a following on Palestinian university campuses. On Tuesday, Israeli troops raided Jenin, a scene of bitter battles during the uprising a decade ago, to arrest Hamas members.

In an item related to the search, Israel media reported on Wednesday of the deployment of the Sky Rider unit, which includes the smallest drones in the IDFs arsenal.

With assistance from Skylark mini-UAVs (unmanned aerial vehicles), IDF ground forces were able to apprehend several terrorists who attempted to flee during arrests.

The troops managed to seize the terrorists after a chase, with the help of guidance from a 7-kilogram UAV system.

The newest version of the Sky Rider has become operative only in recent weeks and includes all-weather capability, wing-stabilizing measures at low-altitude to prevent crashes, and improved thermal imaging.

“We open up [operational] space for the fighters, scan routes and rooftops, and give the ground forces a level-forward picture, also during their exit from villages, so as to ensure that no riots or burning of tires take place,” a senior official in the unit explained.

“The fighters work all night, sleep in the morning for several hours and wake up at noon to receive orders for the next night,” he said.