National What to Do in Iraq? Obama Consults Congress
National 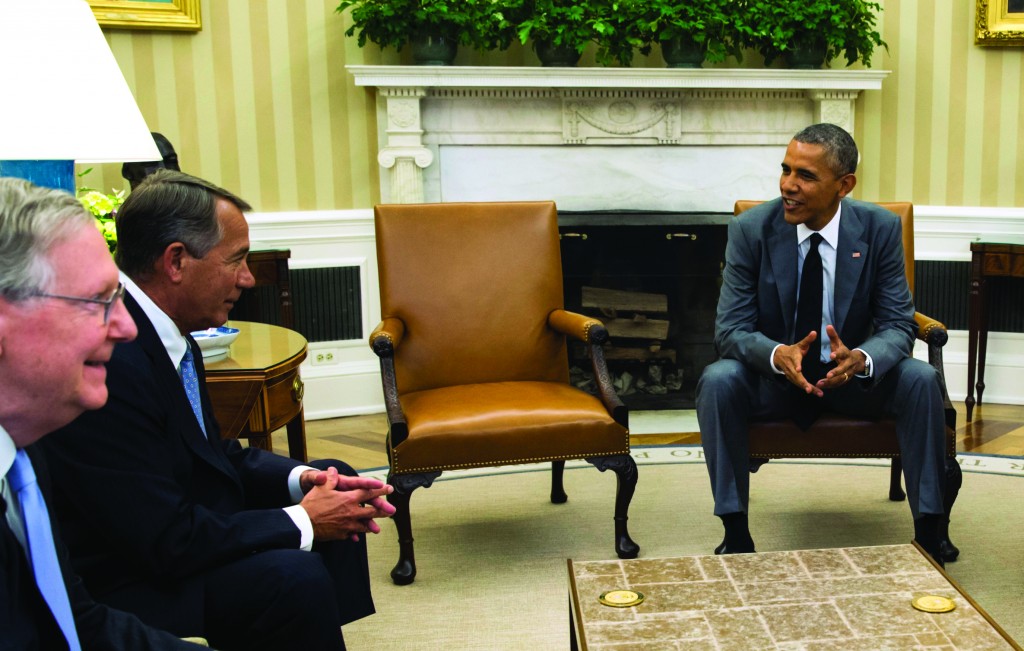 President Barack Obama briefed leaders of Congress on options for quelling an al-Qaida-inspired insurgency in Iraq as Republicans lawmakers and administration officials clashed Wednesday over who is to blame for the insurgents’ lightning gains.

White House officials said Obama had made no decisions about how to respond to the crumbling security situation in Iraq, and they cast his meeting with lawmakers as part of an effort to consult with Capitol Hill. While Obama has not fully ruled out the possibility of launching airstrikes, such action is not imminent, officials said, in part because intelligence agencies have been unable to identify clear targets on the ground.

Obama’s decision-making has been complicated not only by intelligence gaps, but also by the Iraqi government’s reluctance to embrace longer-term political changes that the president has said must accompany any U.S. military action. Iraq’s once-dominant Sunni minority has long complained of discrimination by the Shiite-dominated government and security forces.

“The entire enterprise is at risk as long as this political situation is in flux,” Gen. Martin Dempsey, the chairman of the Joint Chiefs of Staff, told a Senate panel Wednesday. He added that some Iraqi security forces had backed down when confronted by the insurgents because they had “simply lost faith” in the central government in Baghdad.

Republicans continued to insist that Obama bore the blame for allowing the insurgency to strengthen because of his decision to withdraw U.S. forces from Iraq in late 2011 after more than eight years of war. Washington and Baghdad failed to reach a security agreement that would have allowed American forces to stay longer.

“What’s happening in Iraq is a direct result of the president’s misguided decisions,” said Rep. Duncan Hunter (R-Calif.), a Marine reservist who served two combat tours in Iraq. “Militarily, the U.S. won in Iraq, but the hard-fought and hard-earned gains of our servicemen and women have been politically squandered by the president and his administration.”

The decision to withdraw from Iraq diminished U.S. spying capabilities in the Middle East, leaving Iraq largely off-limits
to American operatives. Intelligence agencies are now trying to close gaps in order to provide the president with possible targets for strikes against the militant group known as the Islamic State in Iraq and the Levant. The group has seized Mosul, Tikrit and other towns in Iraq as the country’s military melted away.

U.S. Central Command has been developing a list of possible targets that includes insurgent encampments, training camps, weapons caches and other stationary supplies, U.S. officials said. In addition, the military is working to identify more mobile targets, such as convoys and pockets of insurgents, as they are identified by intelligence sources or surveillance.

Officials also suggested that the U.S. could more easily identify targets on the ground if Obama sent in additional American trainers to work with the Iraqi security forces. Obama is considering that possibility, the officials said, though he has ruled out sending troops for combat missions.