Politics Greenfield: I Won’t Vote for Budget Without Priority 5
Politics 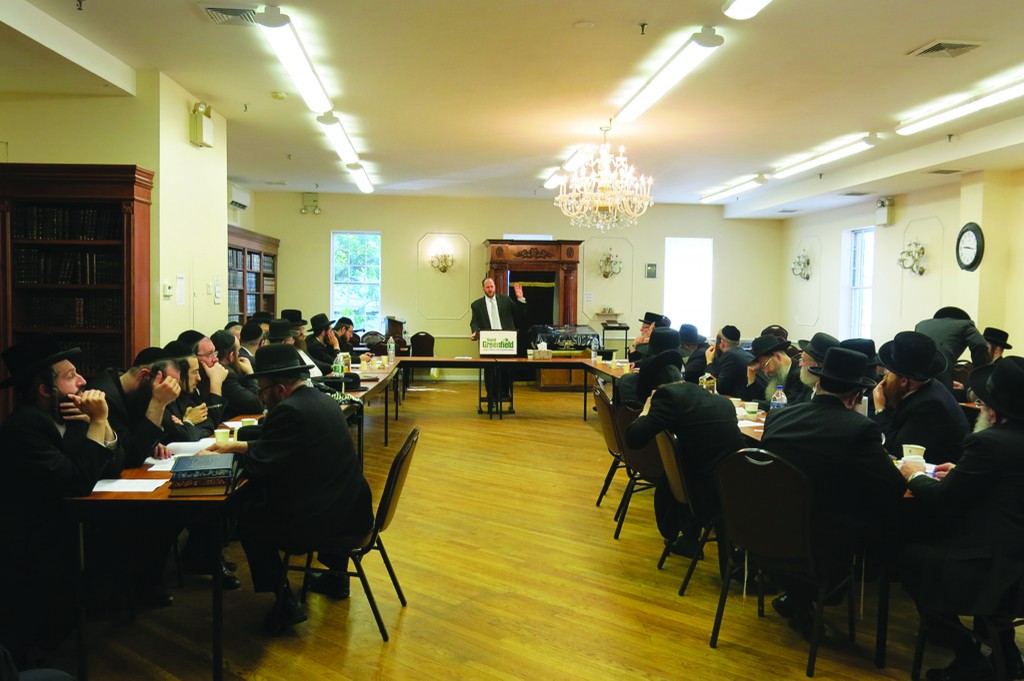 With less than two weeks before the 2015 budget deadline, a prominent New York City councilman is vowing not to vote to approve the $73 billion financial plan if funding for an afterschool program that benefited yeshivah parents was not sufficiently restored.

David Greenfield, a Brooklyn Democrat, told Hamodia on Tuesday that the $1.7 million allocated by the de Blasio administration in their proposed budget is not nearly enough to fund Priority 5. He wants the money increased tenfold.

“This is the most important outstanding issue in the budget for the Orthodox community,” said Greenfield, in remarks repeated Wednesday morning at a meeting with yeshivah administrators at his Boro Park office.

“Working together with my colleagues in the council, the advocates and the mosdos, we will do everything in our power to make
sure that there is funding for Priority 5 in the budget,” added Greenfield, a member of the budget negotiating team. “I will not vote for a budget that does not have funding for vouchers in it.”

The city helps struggling families by arranging afterschool programs in participating schools. Families are found eligible according to a sliding scale, with a lower number meaning the family has more hardship.

Priorities 1 through 4 remained fully funded through the budget cuts instituted by former Mayor Michael Bloomberg at the start of his third term in 2009. Priority 5, which target families where both parents work at least 20 hours a week but still struggle, was considerably reduced, and Priority 7, which aids large families, was eliminated.

At the meeting Wednesday, Greenfield reiterated his stance to the approximately 40 yeshivah heads that Priority 5 was the most relevant issue in the city budget for yeshivah parents.

“This is the bread and butter of a lot of parents in yeshivos,” one participant, an administrator of a Boro Park yeshivah, told Hamodia after the event.

Greenfield, along with Councilman Stephen Levin, a Williamsburg Democrat, wants $17 million for Priority 5.

Although Mayor Bill de Blasio had been a staunch advocate for the vouchers, the two lawmakers concede that Priority 7 will not return this year. The mayor has promised before his election last year that both levels would be fully restored this year, but earlier this year he said it would have to wait for next year.

An additional concern to Greenfield and Levin is the transferring of the voucher program from the Administration for Children’s Services to the Department of Youth and Community Development.

While merely an alphabet soup for most, families formerly receiving the vouchers have had a difficult time navigating the DYCD.

“The structure … would not be particularly effective for meeting the needs of families who were previously receiving Priority 5 and 7 vouchers,” Levin said in a statement.

The budget must be approved by the city council by June 30, the end of next week.