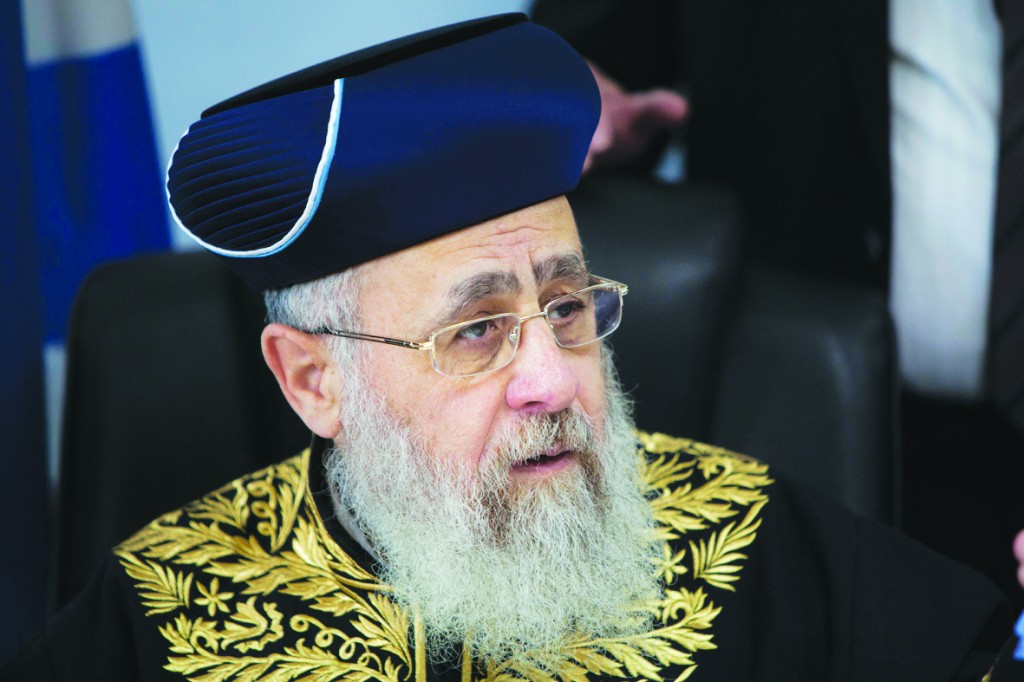 Sephardic Chief Rabbi Yitzchak Yosef sent a letter to Justice Minister Tzipi Livni, who serves as head of the Ministerial Committee for Legislation, protesting a planned amendment to family law.

According to the amendment, decisions in divorce cases relating to dividing property, custody and child support will be the purview of the civil family courts, unless both sides agree to go to the rabbinical courts. Currently, the jurisdiction in these cases is granted to the court that is first approached by either of the parties.

In a letter to Livni, a copy of which was sent to Prime Minister Binyamin Netanyahu, Harav Yosef expressed the “firm opposition” of the religious court system to the proposal.