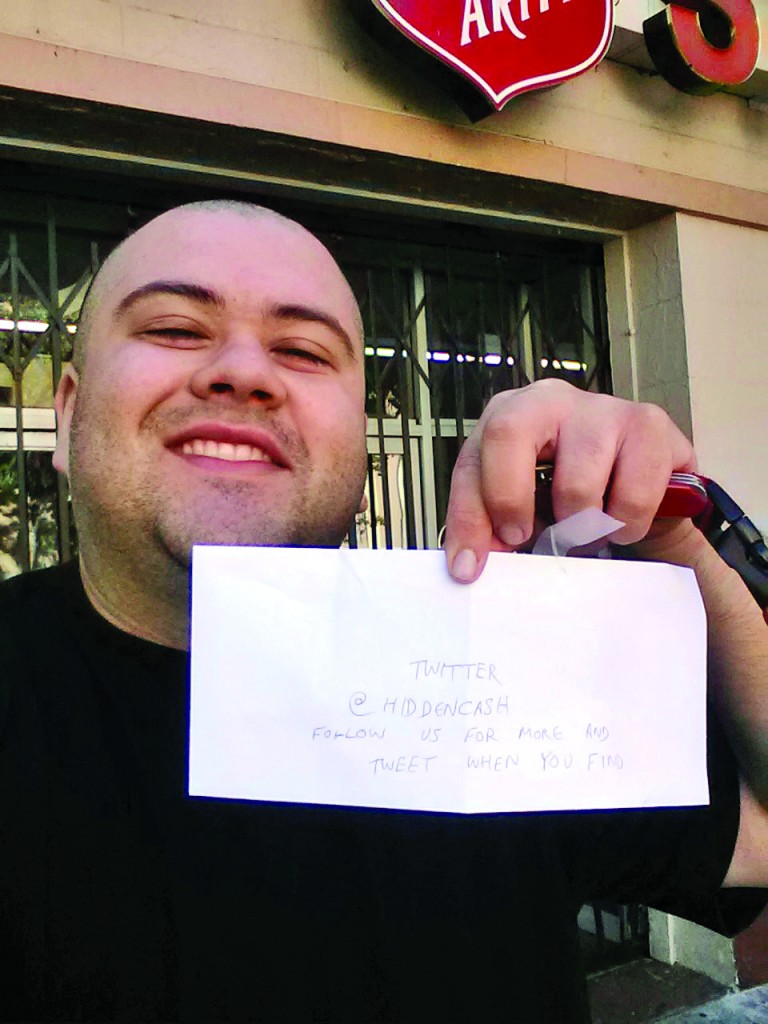 Guided by a few clues sent out on social media, Stephanie Culff hailed a cab to Central Park on Saturday and started searching for money planted there by Hidden Cash, the scavenger hunt craze that made its New York debut this weekend.

Culff arrived before the masses of cash-seekers and walked away with an envelope containing a $50 bill and a silver dollar she said was worth $23. Both, she said, will go to her dad.

“We were looking forward to the adventure,” Culff said. “We actually didn’t expect to win.”

Dozens of other New Yorkers found the same prizes hidden in Central Park in Manhattan and Prospect Park in Brooklyn — all part of a movement born last week in San Francisco as a “social experiment for good.”

Jason Buzi, a California real estate investor who said he is one of several people behind Hidden Cash, described the giveaways as a “fun way to give back to the community.” He encouraged people who find cash to “pay it forward.”

So far, he said, many have responded by helping the homeless and charitable causes, and by spending the cash on groceries, gas or coffee for others.

“We see that a lot and we’re happy to see that,” Buzi said.

Culff started following Hidden Cash on Twitter last week when the account directed people to envelopes with $50 and $100 inside them in San Francisco and 36 cash-filled orbs in Hermosa Beach, California.

The account announced its foray into New York on Friday, saying: “Lots of Lady Liberties and Mr. Grants will rain in Manhattan and Brooklyn” on Saturday.

The altruistic group also hid money Saturday in Houston and Mexico City, on Sunday in Chicago, and they plan events in London, Paris and Madrid in the next two weeks.

“Mostly it’s a way for people to get together and have a good time,” Buzi said of his movement. “Sometimes you see people [for whom] even $100 or $200 dollars makes a difference in their lives.”