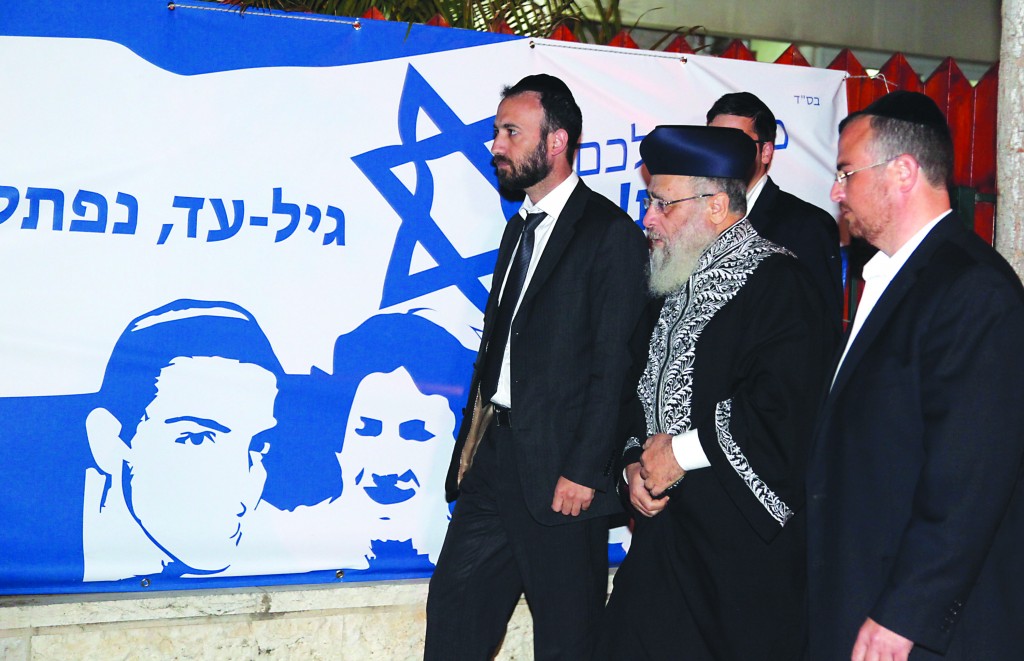 Although they knew each other before this harrowing experience, the families of the three kidnapped teenagers — Naftali Frankel  Gilad Shaar and Eyal Yifrach — met for the first time on Tuesday morning since the boys disappeared.

The parents described the coming together at Nof Ayalon as a “meeting of solidarity and self-strengthening.”

At a press conference they wanted to “send strength to everyone that’s involved in this effort — to the soldiers, to the government, to the prime minister, who is in touch with us. We’re full of thanks for everyone involved.”

Prime Minister Binyamin Netanyahu met with the families, and assured them Israel was doing everything possible to bring their sons back safely. “In the name of the Israeli public I wish to strengthen your spirit,” Nentayhau said.

“We are doing everything to find Eyal, Gilad and Naftali,” Netanyahu told the three families. “We are working in the field, putting in a massive operational and intelligence effort.

The families are familiar with one another due to their sons’ friendship and mutual studies at the Mekor Haim Yeshiva (in which Naftali and Gilad Shaar studied), and have been in telephone contact over the past days.

“We feel a tremendous hug of love and support from all over,” said Rachel Frankel, the mother of Naftali Frankel.”

“We request that everyone continue praying and continue all the good deeds, just pass it on. We just want to hug the children. Eyal, Gilad, Naftali — we love you, and we miss you. Stay strong,” she added.

People came to the Nof Ayalon home throughout the morning to show their support.

One resident of southern Israel said that, in the past, he had  arrived at the yeshivah in which the boys studied, asking for financial support.

“When he [Naftali Frankel] heard my story, he simply took out a NIS 100 note and gave it to me. When I saw his picture in the media I was shocked, I couldn’t believe that he was the one who was kidnapped. I came to tell this story to his parents, so that they know what a good son they have,” he told Ynet.

Many others who did not enter the home passed on supportive notes and gifts to the families.