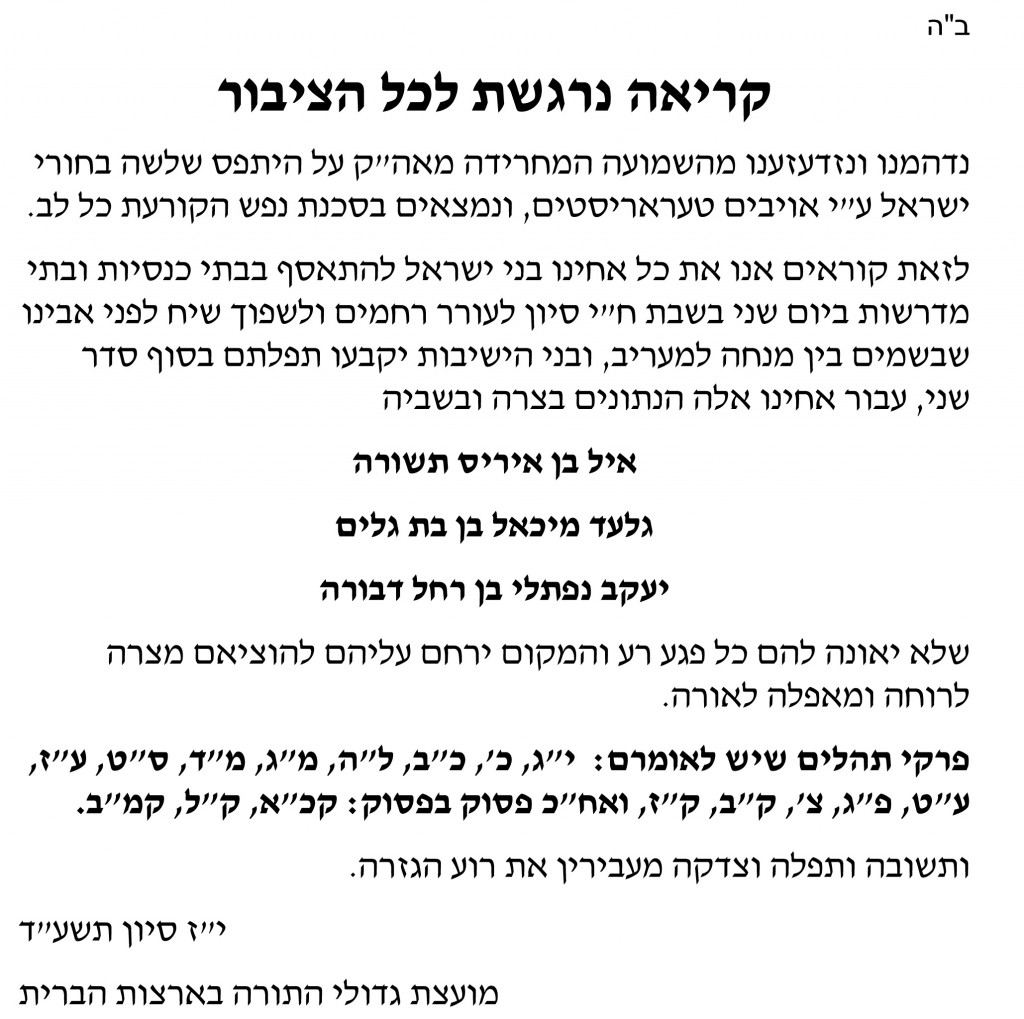 The Moetzes Gedolei HaTorah of America issued a call to all Jews to gather in their shuls on Monday, 18 Sivan (June 16), to pour out their hearts to Hashem and recite Tehillim between Minchah and Maariv (in yeshivos, at the end of second Seder) on behalf of the three young men who have been captured by terrorists in Eretz Yisrael and find themselves in mortal danger, may Hashem have mercy.