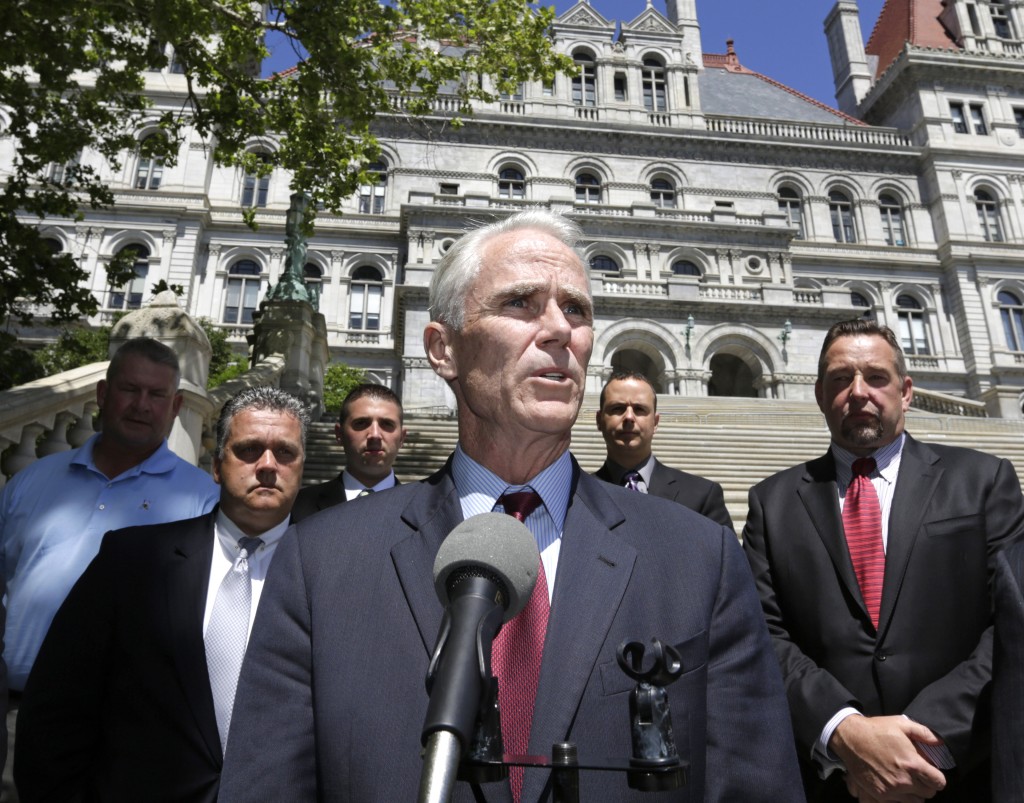 The union representing New York state troopers on Monday endorsed Republican John Cahill for attorney general, partly because of his opposition to unsealing documents about troopers’ actions during the 1971 Attica prison riot.

Incumbent Democrat Eric Schneiderman has obtained partial court permission to unseal documents from the commission that investigated whether authorities covered up crimes by state police and prison guards in fatally shooting 10 hostages and 29 prisoners in retaking the maximum-security facility.

“I don’t support the release of any official documents,” Cahill said Monday, standing with the union’s leaders. Supporting state troopers is critically important, he said, adding that he opposes releasing testimony “to open up wounds that were 40 years ago.”

Schneiderman has said he wants to reveal the fuller history of the nation’s bloodiest prison rebellion and answer the questions of families whose loved ones died. He filed the court request in October. He noted that lawsuits are over and prosecutions were foreclosed by Gov. Hugh Carey in 1976. Among those seeking the records are the Forgotten Victims of Attica, a group of prison employees who survived and relatives of those who died.

“It is one part of our decision, but overall we don’t base our endorsement just on one issue,” said Thomas Mungeer, president of the troopers’ Police Benevolent Association, representing 6,000 uniformed and retired officers. Cahill’s “vision for that office is more in line to the needs and beliefs of the troopers PBA.”

Cahill also called for more police staffing and tougher penalties for drug use, not just handing out antidotes. It was a clear jab at Schneiderman, who recently established a program to equip police statewide with overdose antidotes.