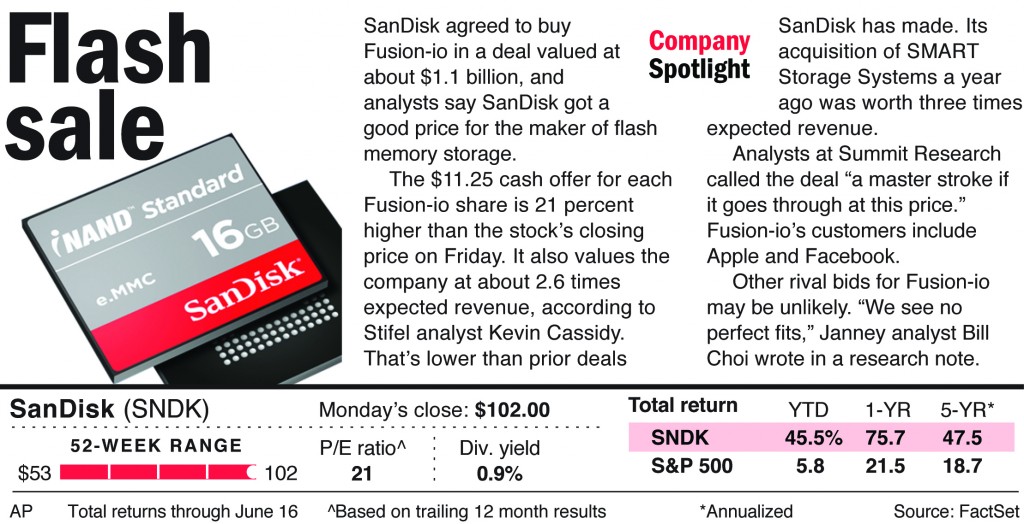 SanDisk is buying Fusion-io for about $1.1 billion, as the flash-memory chip maker ramps up its storage business.

The Milpitas, California, company said Monday it will use the cash it has on hand for the acquisition.

The acquisition is expected to add to SanDisk’s earnings in the second half of fiscal 2015.

The boards of both companies have approved the deal, which is targeted to close in SanDisk’s fiscal third quarter.