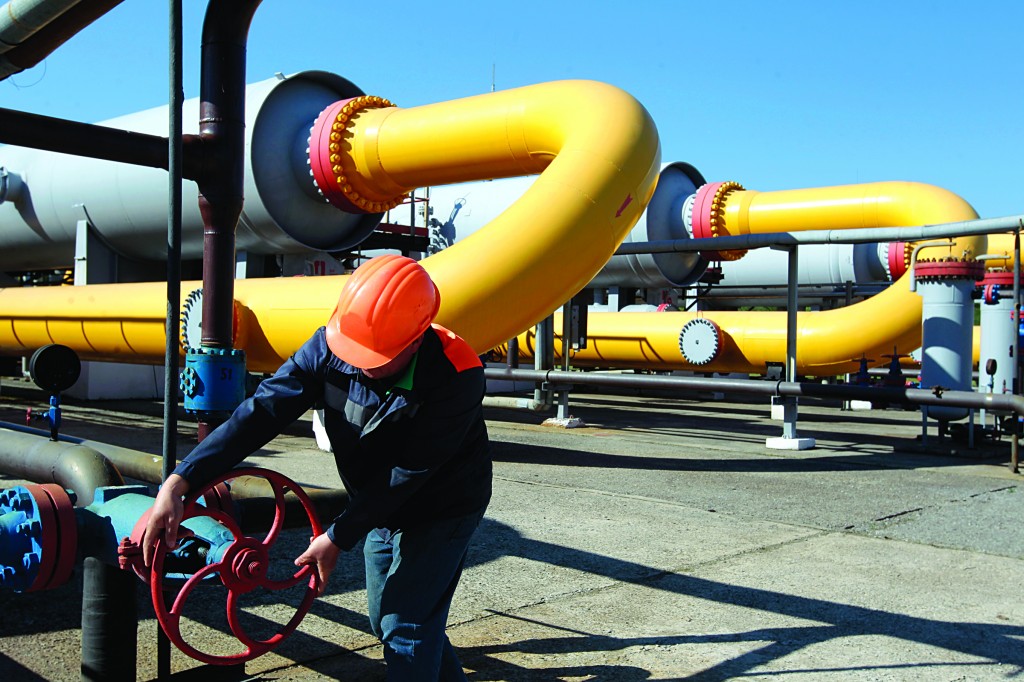 The decision, coming amid deep tensions over eastern Ukraine, provoked strong words from both sides but does not immediately affect the crucial flow of Russian gas to Europe. Ukraine has enough reserves to last until December, according to the head of its state gas company Naftogaz.

Still, the Russian move could disrupt Europe’s long-term
energy supplies if the issue is not resolved, analysts said. Previous gas disputes left Ukraine and some Balkan nations shivering for nearly two weeks in the dead of winter.

Ukraine’s new president, meanwhile, said Monday that he will propose a detailed peace plan this week that includes a cease-fire with the separatist rebels. But before that happens, the armed forces must secure control over Ukraine’s porous border with Russia, President Petro Poroshenko said at a meeting of his national security council.

There was no immediate response from the separatists to Poroshenko’s comments.

Ukraine, one of the most energy inefficient countries in Europe, has been chronically behind on payments for the Russian natural gas needed to heat its homes and fuel its industries. In addition, Russia had been giving its neighbor cut-rate sweetheart deals on gas for various political reasons, a practice that came to a halt April 1.

Russia had demanded $1.95 billion by Monday for past-due bills. At talks over the weekend in Kiev, Ukraine was ready to accept a compromise of paying $1 billion now and more later, but Russia rejected the offer, the European Commission said.

Sergei Kupriyanov, spokesman for Russian gas giant Gazprom, said since Ukraine missed the deadline, from now on it had to pay in advance for energy. Yet that’s a nearly impossible demand for the cash-strapped nation, which is fighting an insurgency and investigating possibly billions lost to corruption under its former pro-Russian president, Viktor Yanukovych.

EU member states got 24 percent of their gas in 2012 from Russia, according to industry association Eurogas, and about half of that goes through the pipelines across Ukraine. In 2013, Ukraine imported nearly 26 billion cubic meters of gas from Russia, just over half of its annual consumption.

Kupriyanov said Russian gas supplies for Europe will continue through Ukrainian pipelines as planned and warned Ukraine to make sure they reach European customers.

Analyst Tim Ash at Standard Bank PLC said Ukraine could in theory simply take what it wants, since gas deliveries in the pipelines are intermingled. That would result in a shortage in gas to Europe that could hinder building up enough stored gas ahead of the critical winter heating season.

“This is unlikely to bring a short-term hit to gas supply in Europe, but it will build up problems for the winter unless a deal is reached quickly,” he said in an email.

Bulgaria gets 89 percent of its gas from Russia, while Slovakia gets 83 percent and Hungary 80 percent, while Poland, Austria and Slovenia get 59 percent, 60 percent and 60 percent, according to Eurogas figures.