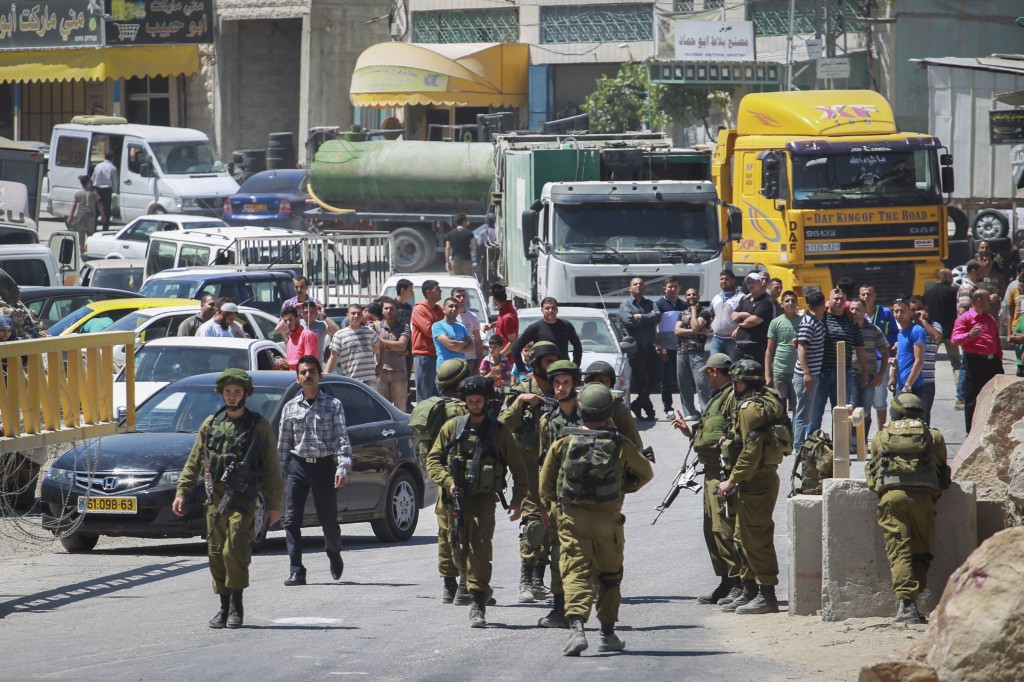 The kidnapping of three Israeli teenagers which has riveted the entire country and the Jewish community abroad began on Thursday night as they made their way home from yeshivah to Yerushalayim.

The boys — Gilad Sha’ar, 16; Eyal Yifrach, 19; and Naftali Frankel, 16 — disappeared after they arrived at a hitchhiking point in Gush Etzion.

Sha’ar, from Talmon, and Frankel, from Nof Ayalon near Latrun, study together at the Mekor Chaim yeshivah in Kfar Eztion. Yifrach, from Elad, near Petach Tikva, studies in the Shavei Chevron yeshivah in Chevron. Frankel has dual Israeli-American citizenship.

Although the incident took place sometime after 10:30 p.m. Thursday, and the Israeli authorities knew about it by the early morning Friday, the story was not released to the public until 5 p.m. Friday.

However, a disturbing gap has emerged between the time the police received their first information about the abduction and the time the security forces began their search.

A gag order lifted on Sunday afternoon allowed it to be publicized that a call was made to police by one of the three boys at approximately 10:30 p.m. on Thursday night, in which he told police, “We’ve been kidnapped.”

Yet, in an inexplicable response failure, the information was not passed on to security services for another four to five hours, time enough for the kidnappers to flee with their captives. Police said they assumed it was a prank call, one of many usually made by Arabs to jam up police lines and keep them distracted with fabricated situations.

Criticism of the police mounted after the foulup was revealed on Sunday afternoon, and Israeli Chief of Police, Insp.-Gen. Yohanan Danino, when he finally faced the media in the evening, did not deny the report. Until then, the police spokesmen had refused to either confirm or deny it.

“From the very moment the police department became involved in this situation we have done everything we can to find these young men. Many different efforts and operations are currently ongoing,” Danino said.

“As you know me and the Israel Police, we will leave no stone unturned in investigating any mistakes or shortcomings. However, now is the time to focus completely on the mission at hand, to find these boys and bring them home healthy and safe,” he added.

In the meantime, more than 2,000 IDF troops were dispatched to the Chevron region to conduct an all-out search for the missing boys, including impromptu roadblocks, house-to-house searches and the activation of all available intelligence sources.

Some 80 Hamas members were detained for questioning, including members of the Palestinian Legislative Council, in a wave of raids throughout Yehudah and Shomron early on Sunday.

According to a military source quoted in the local media, a number of those arrested were members of the “unity” government sworn in earlier this month.

He described the operational pattern of the kidnappers as “certainly being complex and different,” suggesting that a terrorist organization was involved.

Speaking to reporters, an IDF official said that soldiers had surrounded and closed off several Palestinian villages in the Chevron area. In addition, the IDF has set up roadblocks and is checking cars thoroughly.

Crossings into Gaza and Jordan were closed to prevent the kidnappers from fleeing the country, and as of Sunday, security forces believed that they were yet to be found in the Chevron area.

“Hamas is facing a tough situation in Yehudah and Shomron,” the official said. “We were able to foil 30 kidnapping attempts in the past year and a half. Most of those planned kidnappings were aimed at soldiers. Unfortunately, this time our prevention efforts were not successful.”

“We are concentrating all of our intelligence efforts on trying to track down the missing individuals,” IDF Spokesman Brig.-Gen. Motti Almoz told Ynet.

“We are not acting blindly and without guidance,” the official said. “The IDF is thoroughly familiar with Hamas’ infrastructure in Chevron. Those involved in the kidnappings were prisoners in Israeli institutions and were released,” which gave Israeli authorities insights and information on their terror activities.

The IDF is reportedly concerned that the tense situation could escalate to hostile actions on both sides, but for the time being, at least, the IDF was working with the Palestinian Authority on finding the youths.

The IDF official noted that senior army officials did not view the kidnapping as a direct result of the Hamas-Fatah unity government.

No credible source had taken responsibility for the kidnappings as of Sunday. Flyers that were circulated in Chevron on Friday claiming responsibility in the name of an unknown local terror group were thought by security services to be inauthentic, The Jerusalem Post reported.

But Israeli Prime Minister Binyamin Netanyahu accused Hamas of engineering the abduction, and dismissed a denial from a Hamas official on Sunday, and said that Hamas involvement was a fact.

Whoever was behind this act, in the Gaza Strip, families of Palestinian prisoners made no secret of their joy over it. They celebrated the “abduction” of the three students by handing out sweets to passersby.
Many Palestinians in Yehudah and Shomron and Gaza made statements online that they hoped Israel would be forced to release a large number of prisoners in return for the students.

A number of government officials asserted over the weekend that the Palestinian unity pact encouraged terrorists to carry out the kidnapping. Intelligence Minister Yuval Steinitz told Army Radio on Sunday that “the PA is logically responsible for the attack in an area [under their control], but also Hamas is represented in their government and its media encourages kidnapping.

“Since the formation of the ‘unity government,’ the Palestinians have greatly reduced their pressure on the Hamas infrastructure, as well as Hamas activity in Yehudah and Shomron.”

Kidnapping young boys violates the U.N. Convention on the Rights of the Child, MK Orly Levy-Abecasis, chairwoman of the Knesset committee on the subject, wrote to U.N. Secretary-General Ban Ki-Moon and UNICEF Executive Director Anthony Lake on Sunday.

Levy-Abecasis called upon the U.N. to ensure the boys are returned home safely.

U.N. Secretary-General Ban-Ki Moon condemned the kidnapping, calling for their immediate release. UNICEF had issued no immediate reply.
Secretary of State John Kerry came out with harsh words for those responsible for the abduction, calling the event a “despicable terrorist act.”

“The United States strongly condemns the kidnapping of three Israeli teenagers and calls for their immediate release,” Kerry said in a statement. “We continue to offer our full support for Israel in its search for the missing teens.”

On Sunday evening, senior defense and government officials said that the IDF and intelligence organizations have more information than they are making public, but even analysis of this information has not shed light on the condition of the abducted boys.

Prime Minister Netanyahu confirmed at Sunday’s cabinet meeting that Hamas had perpetrated the abduction: “This morning I can say what I was unable to say yesterday before the extensive wave of arrests of Hamas members in Yehudah and Shomron.

Those who perpetrated the abduction of our youths were members of Hamas — the same Hamas that Abu Mazen made a unity government with; this has severe repercussions.”

Throughout the day Sunday, the IDF was deploying thousands of forces in the area between Beis Lechem and south of Chevron. Several hundred reserve members were called up; they belong to certain specialized units and were added onto the active units in the Chevron area. Most of the areas roads are closed to traffic, and any car attempting to pass is being thoroughly inspected.

Among the dozens of people who have been arrested are the wives of the two senior Hamas operatives who disappeared from their homes on Thursday. The General Security Service suspects that they are directly tied to the cell that carried out the abduction.

The security cabinet was expected to convene today to discuss a range of punitive measures that were proposed by the military and diplomatic echelons regarding increasing punishments of Hamas members and several PA officials, including deportations of Hamas, Fatah and Islamic Jihad operatives from Yehudah and Shomron.

(With reporting by Yisroel Price)