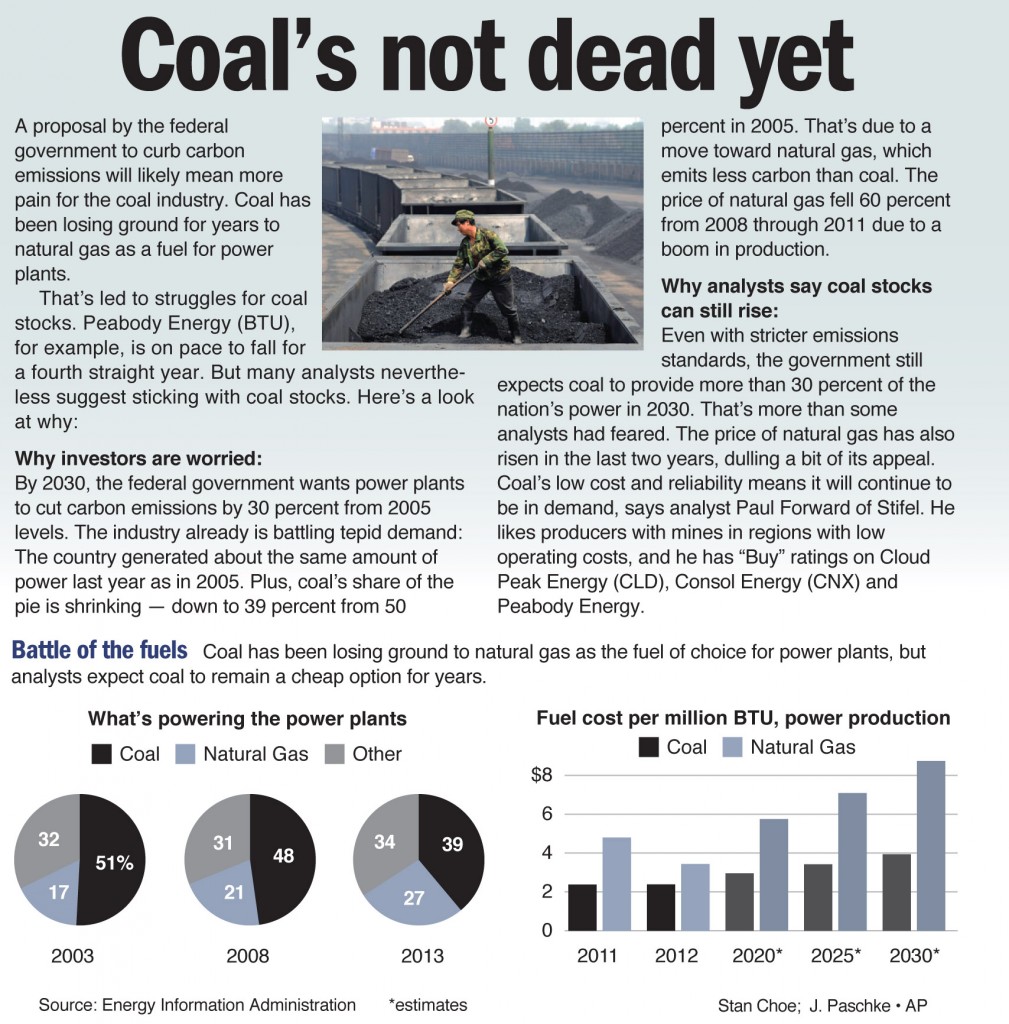 Four in 10 new oil and gas wells near national forests and fragile watersheds or otherwise identified as higher pollution risks escape federal inspection, unchecked by an agency struggling to keep pace with America’s drilling boom, according to an Associated Press review that shows wide state-by-state disparities in safety checks.

Roughly half or more of wells on federal and Indian lands weren’t checked in Colorado, Utah and Wyoming, despite potential harm that has led to efforts in some communities to ban new drilling.

In New Castle, a tiny Colorado River valley community, homeowners expressed chagrin at the large number of uninspected wells, many on federal land, that dot the steep hillsides and rocky landscape. Like elsewhere in the West, water is a precious commodity in this Colorado town, and some residents worry about the potential health hazards of any leaks from wells and drilling.

“Nobody wants to live by an oil rig. We surely didn’t want to,” said Joann Jaramillo, 54.

About 250 yards up the hill from Jaramillo’s home, on land that was a dormant gravel pit when she bought the house eight years ago, is an active drilling operation that operates every day from 7 a.m., sometimes until 10:30 p.m. Jaramillo said the drilling began about three years ago.

Even if the wells were inspected, she questioned whether that would ensure their safety. She said many view the oil and gas industry as self-policing and nontransparent.

“Who are they going to report to?” she asked.

Government data obtained by the AP point to the Bureau of Land Management as so overwhelmed by a boom in a new drilling technique known as hydraulic fracturing, or fracking, that it has been unable to keep up with inspections of some of the highest-priority wells. That’s an agency designation based on a greater need to protect against possible water contamination and other environmental and safety issues.

Factors also include whether the well is near a high-pressure formation or whether the drill operator lacks a clear track record of service.

Sen. Edward Markey, D-Mass., a member of the Senate Environment and Public Works Committee, on Monday said he will press Interior Secretary Sally Jewell to explain what the Department will do to increase well inspections in light of the AP report.

“The fines Interior Department inspectors can levy on oil and gas companies who violate drilling safety requirements amount to a slap on the wrist — they are nowhere near a sufficient financial deterrent to ensure that companies put safety ahead of speed. Now there is increasing evidence that potentially dangerous wells go uninspected altogether,” he said. “We need to ensure that the oil industry is paying its fair share to drill on public lands.”

BLM’s deputy director, Linda Lance, said the current rate of inspections “is simply not acceptable to us.”

“No one would have predicted the incredible boom of drilling on federal lands, and the number of wells we’ve been asked to process,” she said. Since fracking reached a height in 2009, about 90 percent of new wells on federal land are drilled by the process, which involves pumping huge volumes of water, sand and chemicals underground.

The agency oversees 100,000 oil and gas wells on public lands, 3,486 of which received the high-priority designation.

According to BLM records for fiscal years 2009 to 2012, 1,400 of those high-priority wells, spread across 13 states, were not federally inspected. Wyoming had the most, 632, or 45 percent. South Dakota had 1 out of 2 wells uninspected, and Pennsylvania had 1 out of 6.

Many more wells are located on private lands, where state officials take the lead in ensuring they comply with environmental laws, with mixed results. Nationwide, there were nearly 500,000 producing gas wells in 2012, according to Energy Information Administration data. More than 1,800 new wells were being drilled in March alone.

Dennis Willis, a former BLM field officer in Price, Utah, says he routinely provided input on oil-leasing and -drilling decisions on federal land before his retirement in 2009. He described a situation of chronic underfunding dating to at least the early 2000s, when BLM management made clear that issuing new permits would be a priority over other tasks, according to a 2002 memorandum from supervisors in Utah to field officers. At the time, fracking was becoming more widely used.

“There certainly wasn’t a shortage of spills, leaks, pipeline failures and other problems,” said Willis, who now does consulting work for conservation and other groups.

“It’s a disaster waiting to happen,” he said.

In interviews, BLM officials acknowledged persistent problems in keeping up with inspections, but said they were not aware of any major safety issues to date arising from the uninspected wells.

Lance said BLM field managers are making judgment calls to minimize the risk of potential harm to surrounding communities. The agency also is reviewing whether it needs to slow down the pace of permits to ensure public safety.

Officials noted that money provided by Congress for oil and gas operations has declined since 2007. During that period, the number of wells drilled on federal and Indian lands has increased by roughly one-third.

“We’re trying to do the best we can with limited resources,” Lance said.

If approved by Congress, the BLM’s 2015 budget request of $150 million for oil and gas operations would allow the agency to conduct the bulk of its required inspections over three years, in part by collecting fees from oil and gas companies. Unlike past years, $48 million will be earmarked for inspections. The BLM made similar budget requests the last several years, with little success.

The BLM has sought to add inspectors, but that has proved challenging in places such as Utah, where most wells are drilled on federal land. While a petroleum engineer could get a starting salary of $90,000 in the private sector, the BLM typically pays $35,000. This year’s appropriations bill would allow the BLM to increase inspector salaries to around $44,000.

The public concern is evident in Colorado, where increased drilling into suburban and rural areas has led community groups to push nearly a dozen oil and gas local-control initiatives for the November ballot. Of the wells drilled from 2009-2012, the BLM designated more than 400 on federal and Indian lands in Colorado as high priority, the third highest behind Wyoming and North Dakota. More than 160 of Colorado’s uninspected high-priority wells are near New Castle, on the edge of the White River National Forest.

Colorado Gov. John Hickenlooper has been seeking a legislative compromise that could satisfy concerns over health and safety impacts of fracking.

Regulators contend that overall, water- and air-pollution problems from fracking are rare, but environmental groups and some scientists say there hasn’t been enough research on those issues.

Jaramillo said residents in the canyon have mixed feelings about fracking.

A neighbor, Kory Kipferl, owns a 10-acre property adjacent to federal land dotted with active wells on gravel pads. He said he has accepted what he called a need for domestic drilling — but he’s concerned about the water table.

“Once we start puncturing the water table, that could cause problems, whether you’re drilling for gas, oil, water, whatever,” Kipferl said.

The BLM dataset is more extensive than what was reviewed recently by the Government Accountability Office, and filtered to remove duplicate well entries that yielded an overcount. In a recent report, auditors said the BLM needed to do a better job of coordinating with state regulators. In Pennsylvania, for instance, the one well that went uninspected by the BLM had been checked multiple times by the state.

Still, it’s not clear how willing states are to take up the federal task.

“To say that we’re going to start inspecting federal wells is just above and beyond what we could do,” said John Rogers, associate director of Utah’s Division of Oil, Gas and Mining, pointing to his small staff. He said companies will inspect their own equipment in order to protect their investment, so it’s likely that at least some of Utah’s 200-plus wells that weren’t inspected by BLM are checked by someone.

“We’re certainly not going to second-guess people’s inspections,” Rogers said of the BLM.