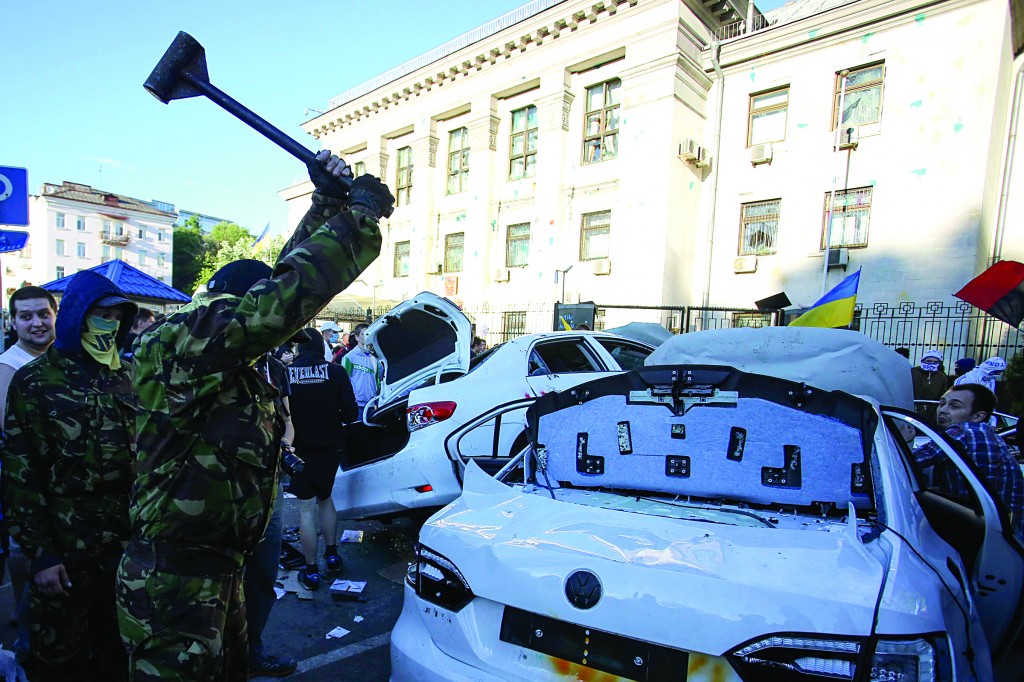 Ukraine’s new president declared Sunday a day of mourning and vowed to punish those responsible after pro-Russia separatists shot down a Ukrainian military transport plane, killing all 49 crew and troops aboard.

It was a bitter setback for the Ukrainian forces — the deadliest single incident yet in their escalating battle against an insurgency that the government, backed by the U.S., insists is supported by Russia.

The downing of the plane drew condemnation and concern from the White House, European leaders and U.N. chief Ban Ki-moon. Analysts said it could bring a renewed emphasis on increasing sanctions against Russia.

“(This) will refocus attention on the fact that Russia does not seem to be doing very much to moderate the insurgency (or) the cross-border resupply of separatists,” said Timothy Ash, an analyst at Standard Bank PLC. “I would expect the focus to return to sanctions next week.”

Poroshenko called for “a detailed analysis of the reasons” for the lapse and hinted that personnel changes were imminent. His office said he vowed to punish “those responsible for the tragedy in Luhansk.”

In a conversation with French President Francois Hollande, Poroshenko expressed hope that the European Union would decide on further sanctions against Russia if what he called the illegal border crossings and the supply of weapons did not cease.

Nine crew and 40 troops were aboard the Il-76 troop transport when it went down early Saturday as it approached the airport at Luhansk, the Ukrainian prosecutor general’s office said.

The plane’s tail section and other pieces of scorched wreckage lay in a field near the village of Novohannivka, 12 miles south of Luhansk, a city near the border with Russia, is one of two eastern areas where separatists have seized government buildings and declared independence.