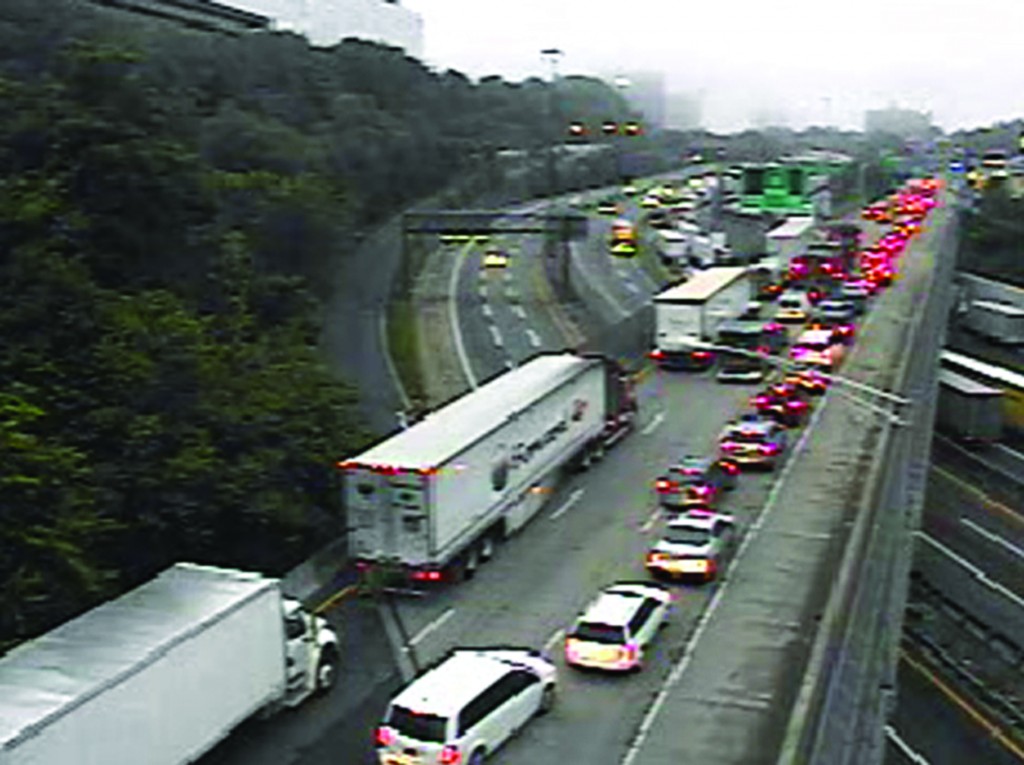 The George Washington Bridge became a symbol of frustration and gridlock Thursday as traffic stalled in New Jersey and New York following an early-morning fatal crash.

Two tractor-trailers heading east crashed shortly after 2 a.m. on the bi-level bridge’s upper deck. The driver in the rear truck died when the vehicle became wedged under the other truck’s trailer. The driver in the lead truck was emotionally shaken and was taken to a hospital for evaluation of minor injuries.

Officials reopened one eastbound upper lane around 6 a.m., but the remaining lanes were closed for more than nine hours until officials had removed the victim’s body and the trucks by 11:45 a.m. The cleanup was delayed because special
equipment was needed to separate the trucks.

Cars crawled along the bridge’s lower level into New York while vehicles could enter New Jersey by the bridge’s upper and lower westbound lanes. Trucks and buses, however, have been banned from the lower level since the Sept. 11, 2001, terrorist attacks.

A ripple effect of delays followed, with motorists inching along for miles as they sought alternate routes into the city.

The accident came just days before the Port Authority will close the three upper level lanes at the busiest bridge in the world for 12 weeks during overnight hours for construction, beginning on Monday.