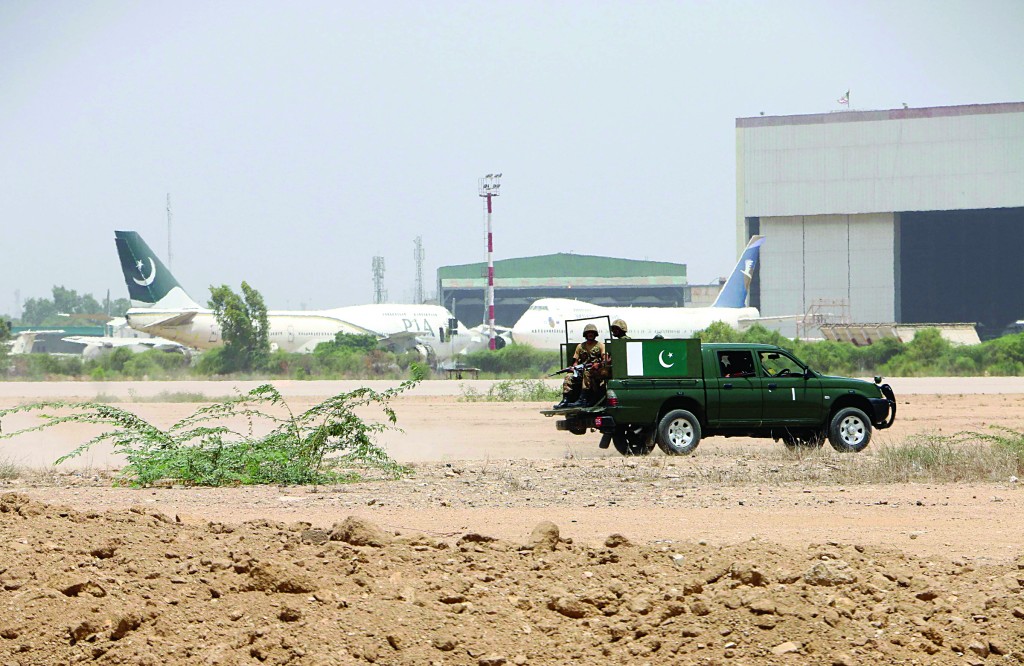 Pakistan’s Taliban insurgents claimed responsibility for an attack on a security academy at Karachi’s airport on Tuesday, less than 48 hours after an all-night siege by Taliban gunmen at Pakistan’s busiest airport that killed more than 30 people.

The late Sunday assault destroyed prospects for peace talks between the Taliban and the government of Prime Minister Nawaz Sharif and triggered speculation that the army might opt for an all-out offensive against terrorist strongholds. On Tuesday, a group of gunmen on motorbikes opened fire on an academy run by the Airports Security Force (ASF) and fled after security forces retaliated. No one was hurt, officials said.

“We are successfully achieving all our targets and we will go on carrying on many more such attacks.”

Ten gumen disguised as security force members and armed with rocket-propelled grenades broke into the airport in the first attack, one of the most brazen in a long-running Pakistani Taliban insurgency. At least 34 people were killed.

Reflecting an atmosphere of nervousness, Karachi airport suspended all flights in and out of the sprawling city of 18 million for the second time in two days, although most flights were restored by 0930 GMT.

The Pakistani Taliban are allied with the Afghan terrorist of the same name and share a similar jihadist ideology.

But they operate as a separate entity, focused entirely on toppling the Pakistani state and establishing strict Islamic rule in the nuclear-armed nation, whereas the Afghan Taliban are united by their campaign against invading foreign forces.

It was unclear if the latest air strikes signalled the start of a broader offensive in the North Waziristan region where the al-Qaida-linked Taliban are based, or indeed if they had been carried out in retaliation for the airport attack.

The air force has periodically conducted raids to bomb Pakistani Taliban positions in the lawless, ethnic Pashtun region but has yet to launch a major offensive.

The semi-autonomous Pashtun lands along the border, known as the Federally Administered Tribal Areas, have never been brought under the full control of any government.

The Pakistani Taliban, a loose alliance of insurgent groups united by anti-state ideology, said they had carried out the late Sunday attack in Karachi in response to the air strikes on their strongholds.