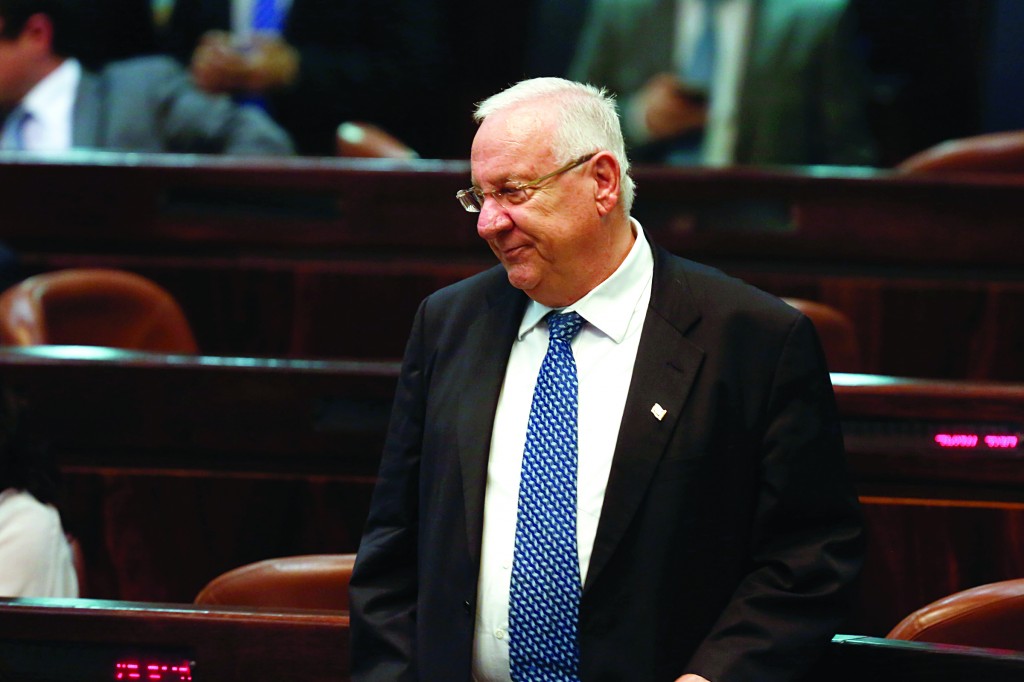 The Knesset chose veteran Likud MK Reuven Rivlin to be Israel’s next president in two rounds of voting on Tuesday.

After failing to win a majority on the first ballot, Rivlin faced Meir Sheetrit (Movement) in a dramatic runoff. Despite a last-minute shift of votes to Sheetrit which appeared to assure him of victory, and even saw Rivlin unofficially conceding defeat, Rivlin emerged the winner by a 63-53 margin.

The 74-year-old Rivlin becomes the country’s tenth president. He will succeed Shimon Peres when the latter
steps down in July.

While the international media focused on Rivlin’s right-wing politics — like most of his party, he opposes a two-state solution — the president-elect sought to dispel any fears that he will politicize the office.

“The confidence you have put in me obligates me to cease being a party member. I am no longer partisan, but rather a man of the nation, one of the people.”

Rivlin included a prayer of thanks in his victory speech, adding that now he becomes the president of all Israelis: “Jews, Arabs, Druse, rich, poor, those who are more observant and those who are less.”

The office is mostly ceremonial. In fact, Peres, while basking in international approval as a peacemaker during his tenure, was sharply criticized by the Israeli right for using the presidency as a platform for his liberal views. Rivlin said would focus on domestic affairs.

“As Israel’s first citizen, you have two missions: to bring all the parts of the society together and to represent Israel to the world,” Israeli Prime Minister Binyamin Netanyahu said during a traditional toast after the election.

Netanyahu’s well-publicized opposition to Rivlin’s candidacy showed when during a faction meeting Netanyahu did not mention the presidential race. Then, the two awkwardly shook hands, according to The Jerusalem Post.

Israeli media quoted Likud MK’s as saying Tuesday morning that people from Netanyahu’s immediate circle were pressuring them to vote for Sheetrit rather than their own party member, Rivlin.

Rivlin brushed aside speculation that he might be angry at Netanyahu, who tried to block his candidacy, saying he was “not angry at anyone.”

The Yerushalayim-born Rivlin is married and has four children. A lawyer by training, he is a former speaker of the Knesset.