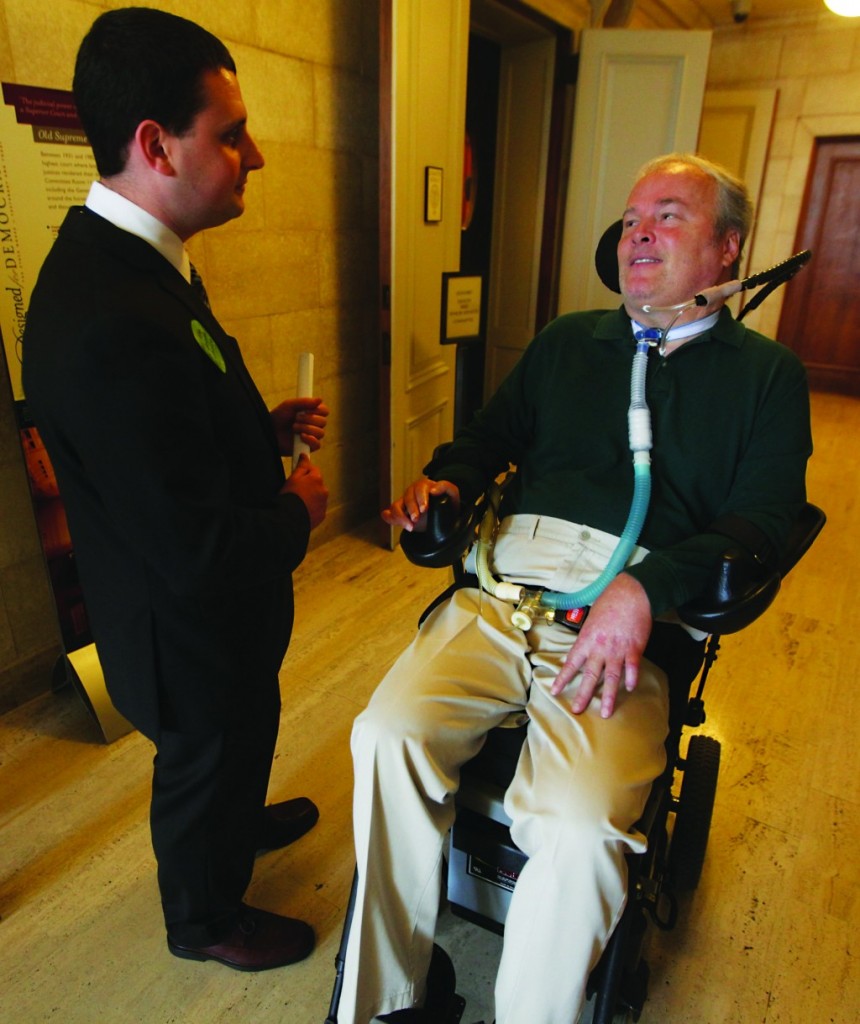 Terminally ill New Jerseyans may soon be able to obtain prescription drugs to end their lives after an Assembly committee approved the measure last Thursday.

Under the bill, which a Jewish group involved in end of life issues said they are closely monitoring, a ban on residents taking drugs to kill themselves would be lifted if they are diagnosed with less than six months to live.

Chayim Aruchim, a division of Agudath Israel which advocates for end of life issues, told Hamodia that they “already let our voices be heard” and will focus on it as it heads to the full Assembly and Senate.

Opponents of the bill argued that there are inadequate safeguards to ensure that the drugs don’t wind up in the wrong hands, and the possibility that health insurers would encourage patients to end their own lives rather than continue to run up treatment costs.

The bill was introduced as the “New Jersey Death with Dignity Act” but was renamed “Aid in Dying for the Terminally Ill.” An amendment dropped a voter-approval requirement. The vote to advance it was 7-4.

Proponents testified that some patients in states where aid in dying is legal purchase the end-of-life drugs but don’t use them.

“This is about someone’s choice of how to conclude their life,” John Burzichelli, the Assembly sponsor, said to kick off a three-hour debate. “Our question as lawmakers is, ‘should the law provide another choice?’”

Physicians, hospitals and nursing homes would not have to participate. Terminally ill patients would need physician sign-off and would need to show mental competence. The dying patient would have to be able to swallow the medication unaided. There would be a 15-day wait period for the prescription to be authorized, then another 48-hour wait to get the drugs.

But Marie Tasy, executive director of New Jersey Right to Life, questioned what would happen if a patient changed their mind after ingesting a pill, since no witnesses are required. Others cited the possibility of an incorrect diagnosis.

“Often patients are misdiagnosed and could make an irreversible decision to die based on the wrong information,” said Dawn Parkot, who has cerebral palsy but was misdiagnosed at birth and had not been expected to be able to reason or function independently.