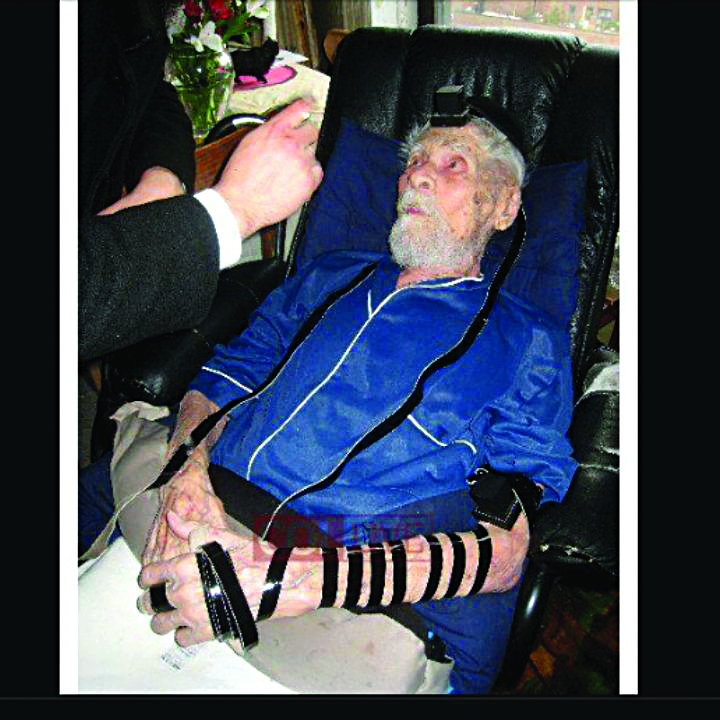 The world’s oldest man, a Jewish Holocaust survivor who rebuilt his life as a chemist and parapsychologist, has died in New York City at the age of 111.

Alexander Imich died Sunday at his home in Manhattan, according to his niece, Karen Bogen of Providence, R.I. She said she visited him a day earlier with her sister and several of his close friends.

According to a report on Chabad.org, Imich put on tefillin three months ago for the first time since his bar mitzvah — nearly 100 years ago — in Czestochowa, Poland. He put on tefillin several times since then.

Michael Mannion, a longtime friend, said Imich’s “enormous curiosity and ability to turn even great adversity into something
positive were important factors in his long life. These qualities were evident even in his last weeks and days of life.”

At the age of 93, Imich enrolled for three years at the IM School of Healing Arts, a school that offers programs in self-awareness and healing.

Imich was born in 1903 in a town in Poland that was then part of Russia. He and his wife fled after the Nazis invaded in 1939. They moved to the United States in 1951.

In a speech Imich gave at age 99, he said: “In my life, I have witnessed the development of flight, the automobile, electrification of nations, the telephone, the radio and television, atomic energy, the wonders of bio-scientific medicine, computer technology, great advances in our knowledge of the cosmos, men walking on the moon — the list could go on and on.”

He began requiring round-the-clock help only in the last few months but declined markedly in the last two weeks, unable to recognize those around him, Bogen said.

Guinness World Records awarded Imich the title of oldest living man on May 8. The group is investigating the claim that 111-year-old Sakari Momoi of Japan, who reportedly was born a day after Imich, is now the world’s oldest man.

The world’s oldest person is a woman, 116-year-old Misao Okawa of Japan.