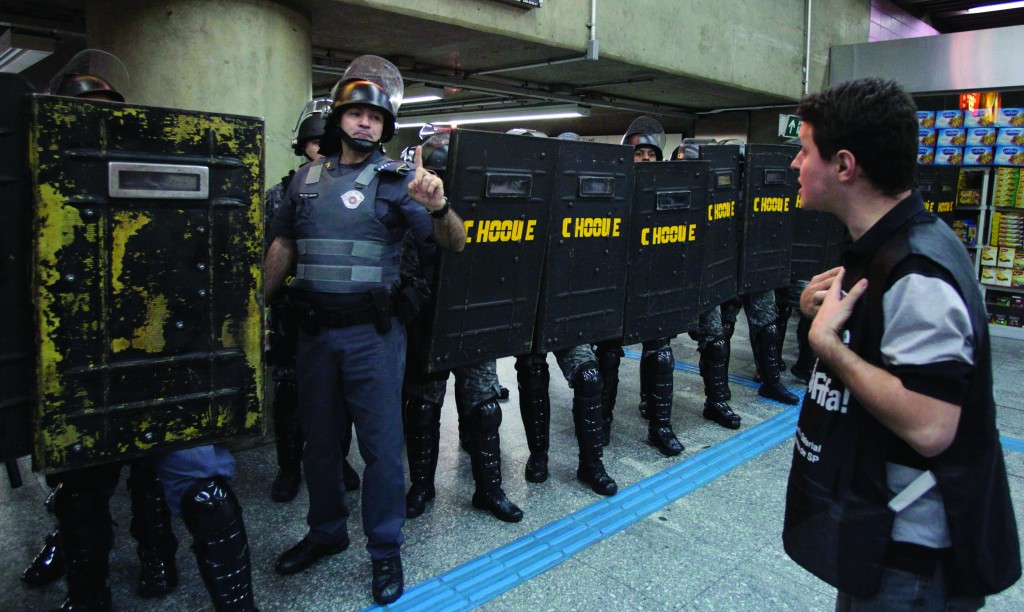 Brazilian police and striking subway workers clashed in a central commuter station Monday while union leaders threatened to maintain the work stoppage through a sports event in Sao Paulo this week.

Authorities are deeply worried about the strike because the subway is the main means of transportation for fans who will attend games on Thursday. The stadium is about 20 kilometers (12 miles) east of central Sao Paulo, where most tourists stay.

There were hopes the work stoppage might be resolved sooner than that as union officials met for the first time in days with government authorities in talks that continued into Monday night. Last year, a transit fare increase was reversed after violent protests broke out in the city, which is Brazil’s biggest.

Earlier Monday, riot police fired tear gas to force about 100 striking workers out of the station on the fifth day of a subway strike that has thrown Sao Paulo’s normally congested traffic into chaos.

“This is the way they negotiate, with tear gas and repression,” Alexandre Roldan, a union leader, said as he and others strikers regrouped outside the station following the confrontation.

Altino Prazeres, president of the union leading the strike, said almost all of the 8,000 subway employees had walked out in the past few days.