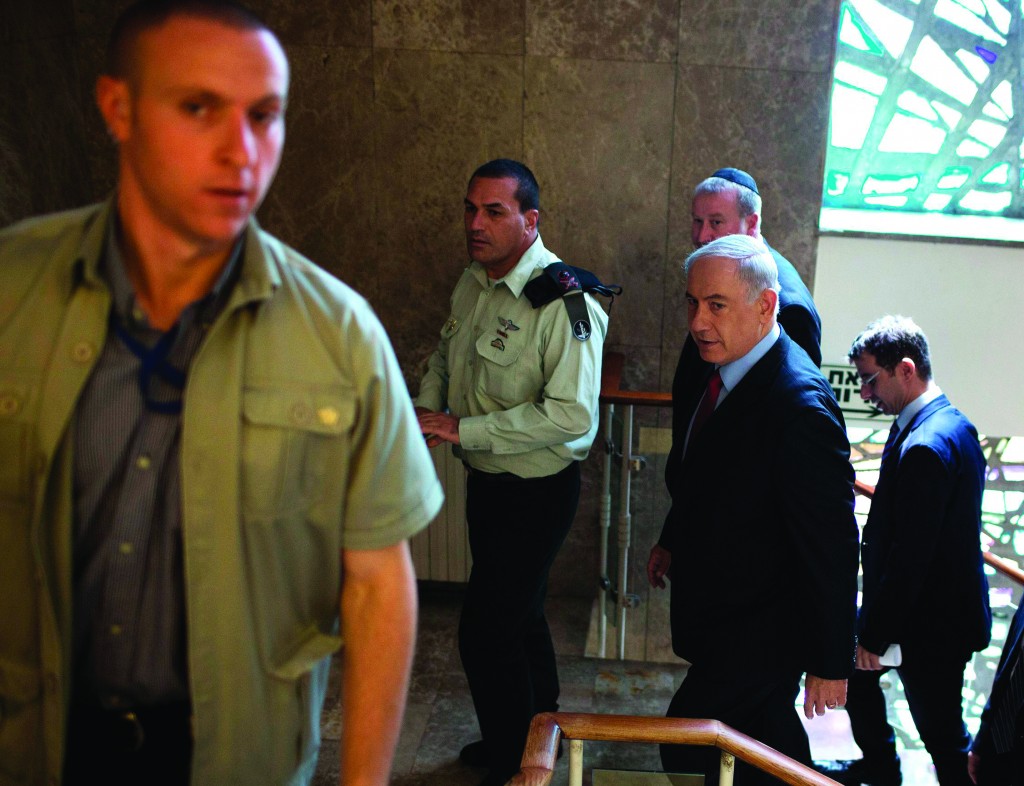 Prime Minister Binyamin Netanyahu slapped down Finance Minister Yair Lapid on Monday, following a speech in which the latter proposed a freeze on construction in isolated outposts in Yehudah and Shomron as part of an eventual “separation” from the Palestinians.

“[Lapid’s] inexperience in negotiations and inexperience in defense matters will lead to a haphazard plan whose results will be similar to those of the unilateral withdrawal from Gaza,” Netanyahu asserted.

Playing the responsible officer of the government, Netanyahu
said, “I am preoccupied with protecting the security of the citizens of Israel. In light of all of these statements and declarations, I will continue to lead the state of Israel responsibly and carefully.”

“If even one settlement is unilaterally annexed, Yesh Atid won’t just quit the government, it will topple it,” Lapid told the prestigious Herzliya Conference on Sunday.

At the weekly Likud meeting on Monday, Netanyahu ridiculed his coalition partner by quoting from a speech Lapid made during the election campaign at odds with recent statements counseling diplomatic moderation.

“We need to avoid the errors of the left, namely announcing beforehand which concessions it was willing to make before receiving anything in return,” the prime minister quoted Lapid as saying.

Foreign Minister Avigdor Lieberman (Yisrael Beitenu) took aim on Monday at Lapid as well as the speakers at the conference who proposed annexation and a range of other policy solutions, describing it as a “grotesque spectacle.”

“Annexation is inapplicable to Israel’s current situation with the Palestinians,”Lieberman stated, dismissing the Jewish Home party’s plan to extend sovereignty over Area C of Yehudah and Shomron, where the Jewish population is mostly located.

Lieberman accused Jewish Home chairman Naftali Bennett of knowing that annexation will not happen, “but he thinks he can pick up a few more mandates by speaking about it.”

In comments apparently aimed at Netanyahu, Lieberman bemoaned the chaotic state of the coalition and the vacuum in leadership.

The foreign minister claimed that his party’s plan for peace in the Mideast was the only realistic one, but he did not go into details.

Housing Minister Uri Ariel (Jewish Home) voiced a different reaction to Lapid’s threat to leave the coalition, telling Arutz Sheva that the threats only “give us more motivation [to act on behalf of Yehudah and Shomron].”

Ariel added that “we want to have a future where there is an option for Yesh Atid to leave and for the prime minister to allow the chareidi parties to enter.”