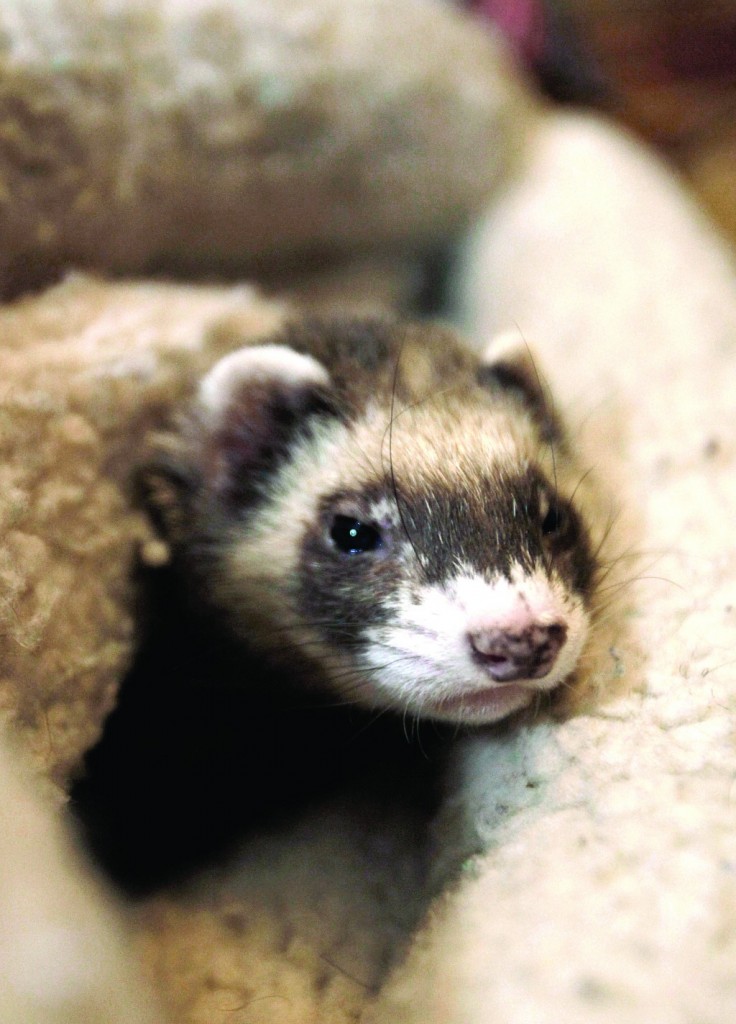 For 15 years, ferrets in New York City have been living in the shadows, outlawed under Mayor Rudolph Giuliani, who famously told a ferret fancier that “this excessive concern with little weasels is a sickness.”

Now there’s a bit of hope for the slinky creatures. Years of lobbying by ferret owners has finally landed an audience in Mayor Bill de Blasio’s administration, which says it could hold a hearing by the end of the year on a measure to make ferrets legal once again.

“Why would you ban ferrets?” asks Candace Lucas, who has owned ferrets for about 25 years and currently shares her Manhattan apartment with 6-year-old Tink. “How is a ferret any different than having a dog or a cat? Why would a ferret be something that would create any kind of problem?”

Ferrets are legal in most of the U.S. but are prohibited in California and Hawaii and in some municipalities, including New York City, for the stated health department reason of “vicious, unprovoked attacks on humans.” Backers say ferrets don’t attack unless they have been starved or abused.

But it’s not like there’s a history of problems with the animals. The city says it knows of only two ferrets that were banished after neighbors complained. And while the city’s pet stores don’t sell ferrets, they do sell ferret food, hinting of a Big Apple ferret population burrowed deeply “underground.”

A group called Legalizing Ferret Ownership in NYC has collected 600 signatures on a petition to end the ban, but its leaders declined to be interviewed for fear of being exposed and losing their furry friends.

Sheilla Sumayang, who had a ferret in Brooklyn until he died in 2011, said even trips to the vet made her nervous.

“Every time I brought him to the veterinarian I had to cover his little carrying case so people would think he was a cat,” Sumayang said.

While the city’s health department agreed last week to a ferret hearing, the mayor himself has been publicly noncommittal. De Blasio, a Democrat whose main animal issue has been pushing for a ban on carriage horses, said: “I have not gotten the full briefing in terms of their rationale for the change. … We obviously want public input. That decision is months away.”