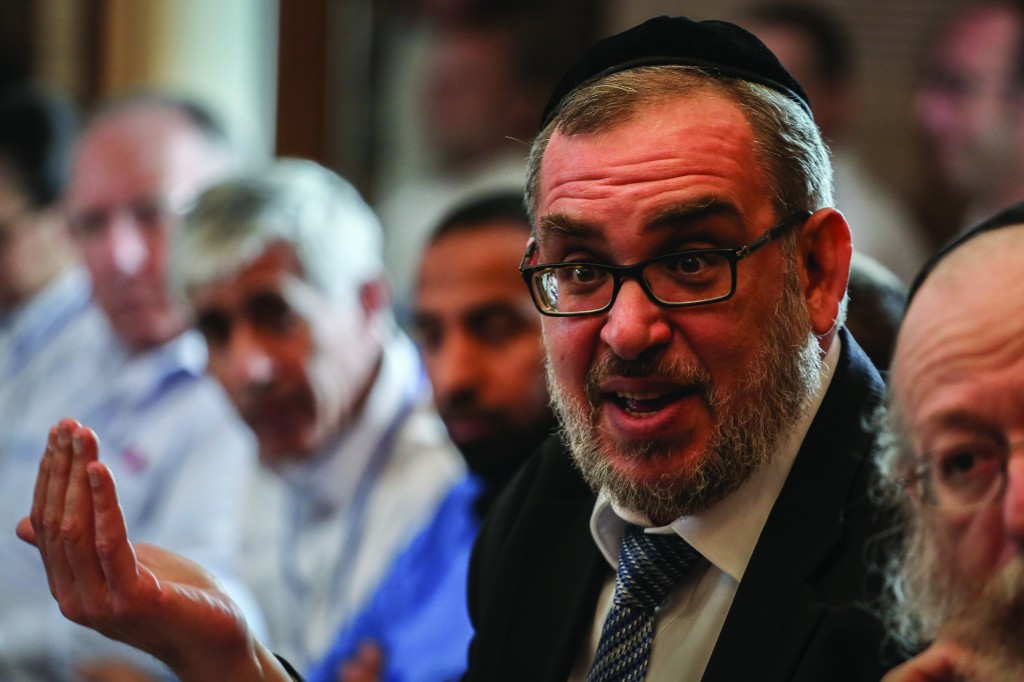 The Israeli government has put its backing behind a bill that will legalize so-called “mercy killings,” under which doctors would be allowed to actively assist a patient in ending his life without facing criminal charges. The bill was has been denounced by religious leaders and medical researchers, including the group representing Israeli doctors.  Similar proposals have been legalized in just a handful of countries around the world.

Ashkenazi Chief Rabbi David Lau rejected the proposal sponsored by Yesh Atid MK Ofer Shelah and approved on Sunday by the government’s Ministerial Committee for Legislation. The proposal passed by a large majority, 8-2, with one abstention. It still needs to be brought to the entire Knesset for a vote.

If approved, the law would allow doctors to determine and recommend “end of life” procedures for patients categorized as terminally ill. The law would apply when such terminal patients state their desire to end their lives twice, two weeks apart, in the presence of two witnesses. At that point, the patients would sign a waiver, if they are physically able to do so, and doctors would arrange for what is described as “an end of life procedure.”

But Rabbi Dr. Mordechai Halpern, director of the Schlezinger Institute, a member of the Hotem Forum representing religious researchers at universities and institutions, argued that the safeguards were illusory.

“If we start deciding on our own whether or not a life is worth saving, we open up a discussion on which lives are ‘worthy’ of being saved and which aren’t.”

“There will be no way to halt the fall of society down the “slippery slope” this proposal will engender, he said. “The law will allow society to end the lives of those who don’t ‘fit in.’ Doctors will become a law unto themselves. Murder will become a normal, accepted act,” he warned.

The Israel Medical Association announced yesterday that it firmly opposed the proposed legislation. Dr. Leonid Adelman, director of the IMA, stated: “We feel empathy for the suffering of terminally ill patients and their families. But it is not the job of a doctor to help a terminally ill patient end his life in an unnatural way. We were not trained for this, and we are not training the next generation of the medical community to do so. Mercy killing and doctor-assisted suicide are unethical acts.”

Chareidi MKs lined up to speak against it. United Torah Judaism MK Eliezer Menachem Mozes said that the law “once again proves that this government has one purpose, and that is the destruction of all Jewish values. The government has lost its respect for the sanctity of life, a hallmark of Jews for all of the nation’s existence. It is chilling to think that just 70 years after the Germans, for the first time established the concept of ‘mercy killing’ of the lame, sick, and old, that we would adopt the same approach.”

UTJ MK Yaakov Asher said that “the government has crossed a red line today, and is expanding its war on the sanctity of Judaism to the sanctity of life itself. It’s time to perform a ‘mercy killing’ on this government,” he suggested.

A spokesperson for the Forum also pointed out that numerous studies have revealed  complications as a result of legalized euthanasia.

“In Switzerland, for example, they found that the drugs they used to end the lives of patients didn’t always work properly, and people were in terrible pain for many hours. Doctors have a right to heal, but not to hurt. The Knesset must stop this moral slippage before it is too late,” the spokesperson added.