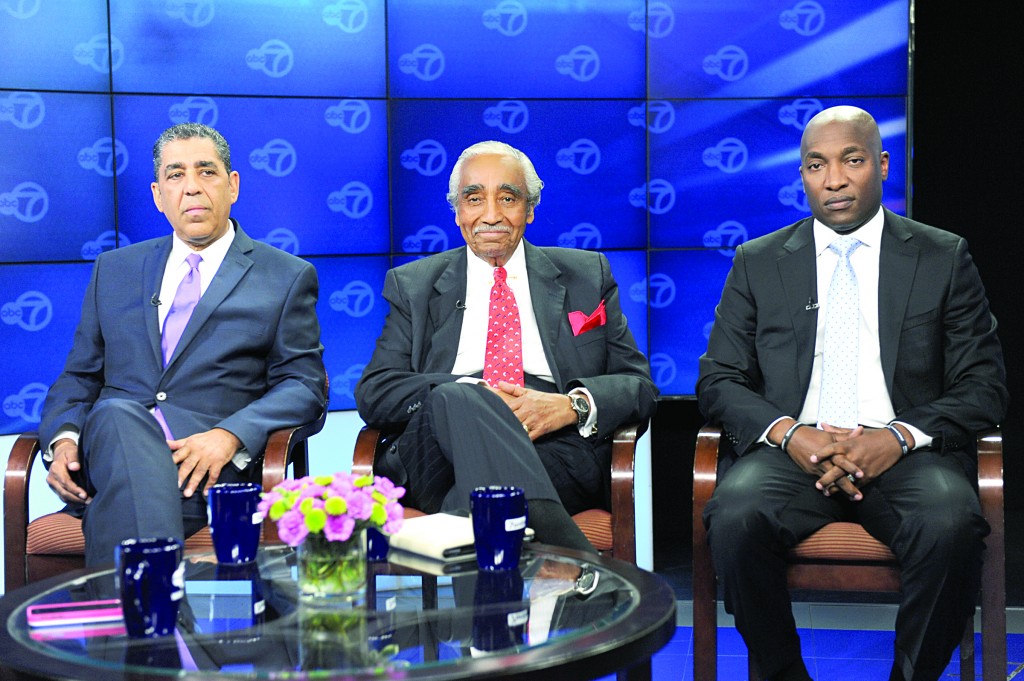 Rep. Charles Rangel charged in a debate Friday that his chief opponent in the Democratic primary for New York’s 13th Congressional District is running solely because he wants to be the first Dominican in Congress.

Espaillat responded, “It saddens me that the congressman has to stoop and lower himself to these kind of unfounded attacks.”

Rangel, Espaillat and a third candidate for the June 24 primary, Harlem pastor Michael Walrond, sparred on issues including housing and economic development, but Rangel circled back repeatedly to his claim that Espaillat was running because the district, which spans parts of upper Manhattan and the Bronx, has become increasingly Latino.

Rangel, who narrowly won over Espaillat in the 2012 Democratic primary for the seat, said that his opponent put out campaign literature in 2012 referring to a Dominican who did not support him as a traitor.

The 2012 flyer says that then-Assemblyman Guillermo Linares “had the chance to help send the first Latino from Northern Manhattan to Congress” but that “he chose instead to betray us.”

“Do you believe that someone that has a Dominican background, if they don’t support you, would be a traitor?” Rangel asked.

“You’re the one framing this debate along racial and ethnic lines,” Espaillat answered. “You are creating division and you are bringing race and ethnicity to a debate that should be about issues.”

Pressed about the flyer after the debate, Espaillat said, “Things were said in the heat of the moment from both camps that were not exactly the right thing to say about anybody.”