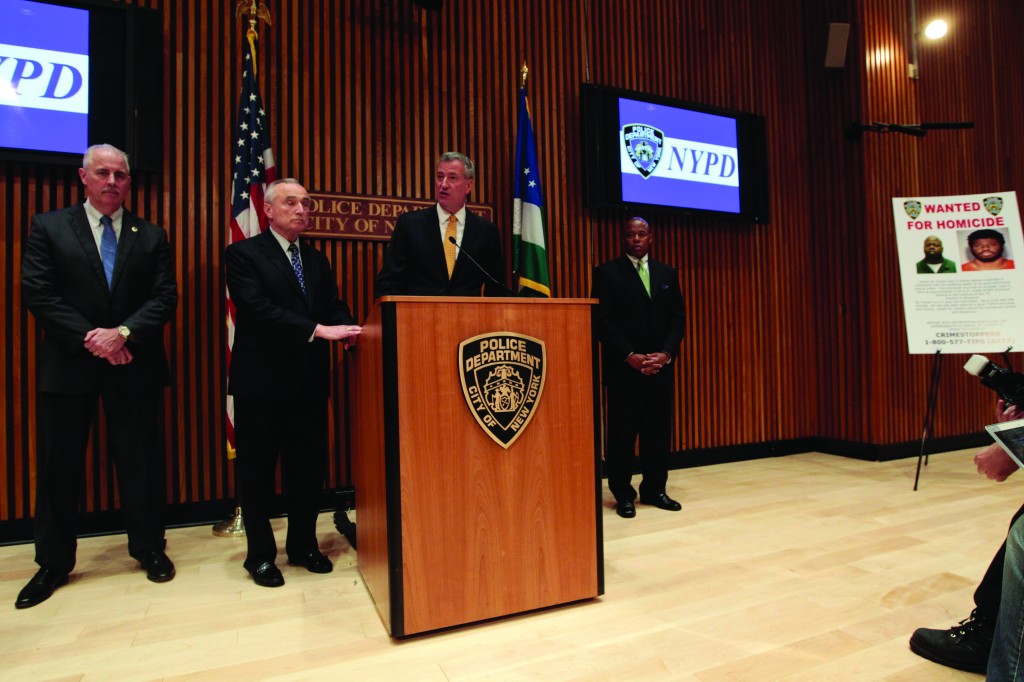 A recently released convict was charged by New York City police Thursday with murder, attempted murder, assault and other crimes in the stabbing death of a 6-year-old boy and critical wounding of a 7-year-old girl in a Brooklyn elevator.

Daniel St. Hubert, who was arrested Wednesday night shortly after he was publicly identified as a suspect in Sunday’s gruesome attack in a public housing building, is also suspected in the stabbing of a homeless man at a Manhattan subway platform three days after Sunday’s elevator attack, police said. He’s also being eyed in last week’s the fatal stabbing of an 18-year-old just blocks away from Sunday’s scene, police said.

St. Hubert, 27, who was released from prison on May 23 following a five-year sentence for attempted murder and assault, was also charged with making graffiti for scrawling on a stop sign shortly before his arrest Wednesday night near his mother’s home.

Investigators are now reviewing all stabbings citywide that have occurred since St. Hubert’s release.

The father of Prince Joshua Avitto, the 6-year-old boy who was fatally stabbed, said Thursday that if he saw the suspect, he’d ask him, “What made you do this to a little baby?”

“I’m at a loss for words,” Prince’s father, Nicholas Avitto, told Fox 5 News. “The bottom line is he got out and this tragedy took place after he was released from jail.”

The boy’s friend, 7-year-old Mikayla Capers, was also critically injured in the attack.

St. Hubert was picked up Wednesday night just after 8 p.m. by detectives who had been tracking him and were patrolling the area around his mother’s Queens home, police said. He was identified by forensic evidence at the scene of Sunday’s elevator stabbing, according to police.

St. Hubert didn’t put up any resistance during his arrest and was angrily ranting to himself in a holding cell late Wednesday night.

Court records show St. Hubert was found unfit for trial three of the four times he was ordered to undergo psychiatric evaluations following his arrest for assaulting his mother.

He also was convicted of assaulting a correction officer in jail, the records show.