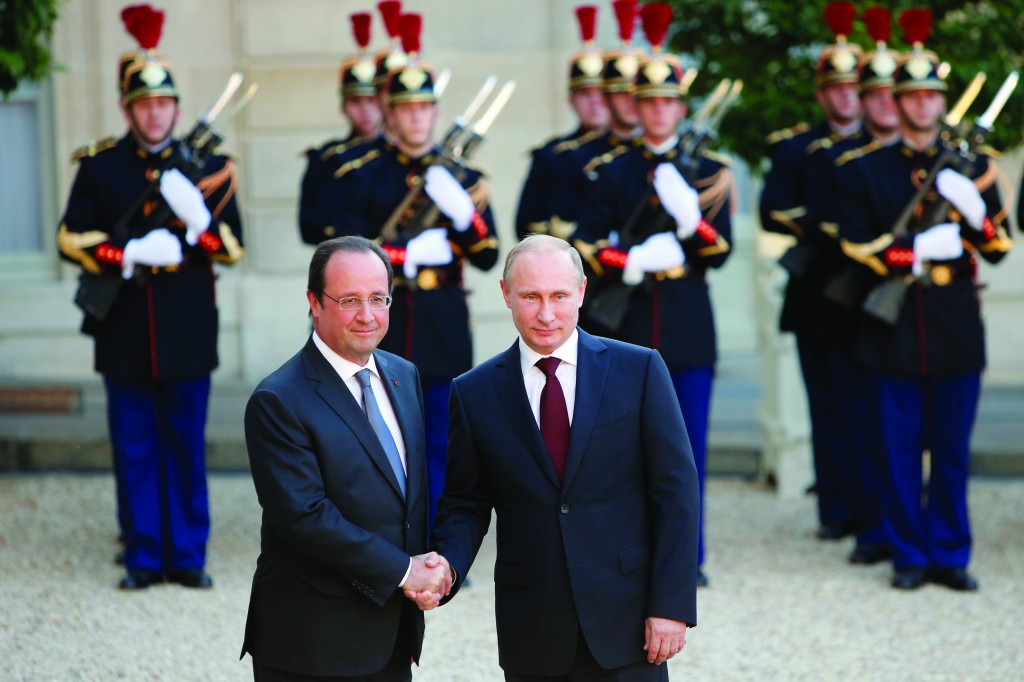 Laying out clear conditions, President Barack Obama and Western allies opened a pathway for Russia to ease tensions in Ukraine on Thursday but pointedly warned Moscow it could face new sanctions within weeks if Vladimir Putin fails to go along.

The leaders, who were gathered in Brussels for a wealthy-nations summit, said the Russian president could avoid tougher penalties in part by recognizing the legitimacy of the new Ukrainian government and ending support for an insurgency in eastern cities that is widely believed to be backed by the Kremlin. There was no mention of rolling back Russia’s annexation of the Ukrainian region of Crimea, which precipitated the European crisis.

From Brussels, Obama and other leaders jetted to France ahead of events marking Friday’s 70th anniversary of the D-Day Normandy invasion that paved the way for the Allied victory in World War II.

This time Putin was on the scene. And Cameron, French President Hollande and German Chancellor Angela Merkel were using the commemorations as a backdrop for separate meetings with the Russian president.

Obama was not scheduled to hold a formal meeting with Putin, though the two were expected to have some contact at a leaders lunch Friday in Normandy. Secretary of State John Kerry and Russian Foreign Minister Sergey Lavrov have met frequently during the crisis. They met in Paris Thursday evening.