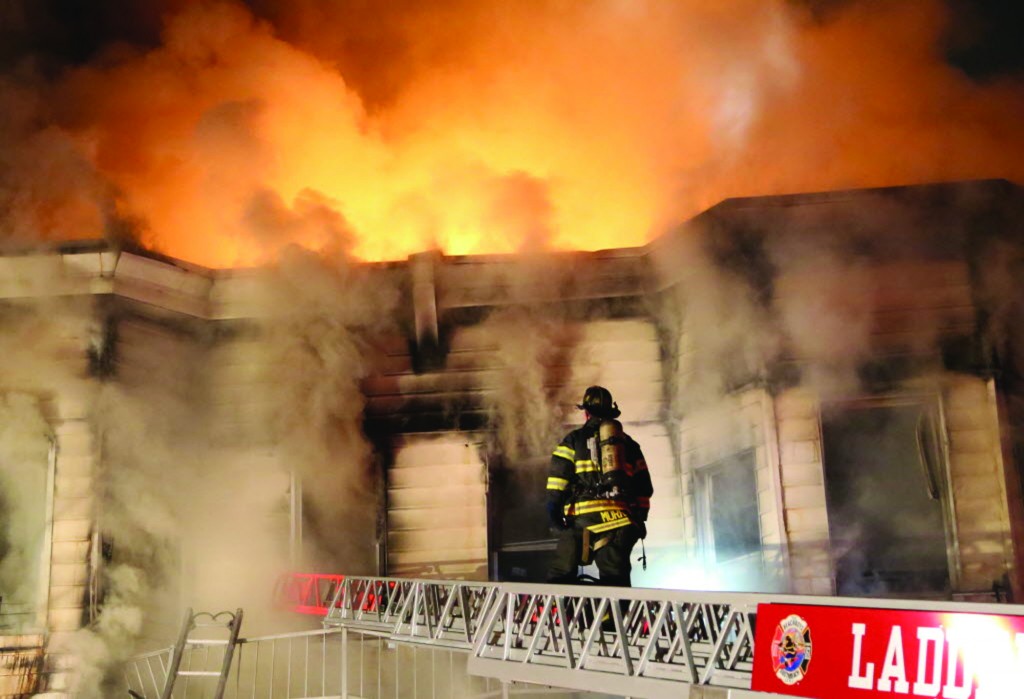 Fire tore through three townhouses on Staten Island early Thursday, injuring 34 people including two young children who were tossed out of a second-floor window into the arms of neighbors below.

About 200 firefighters responded to the blaze, which erupted at about 1 a.m. A Fire Department spokesman said 23 firefighters and 11 civilians suffered injuries ranging from minor to serious but none was considered life-threatening. He said the number was expected to climb slightly.

The spokesman said the flames were so heavy that firefighters were unable to say where the fire originated. That would be part of the investigation into what caused the blaze, he said.

“My life is in there,” said Cindy Piscopo, who lived on the first floor of one of the four-family townhouses.

She said she was awakened by a top-floor neighbor knocking on her door and yelling at her to get out.

“I saw fire upstairs and flames shooting out of the side of the building” and an adjacent townhouse, she said. “The top floors are gone from both buildings.”

The fire spread to the third building about two hours later, said Piscopo, who escaped safely with her 12-year-old daughter.