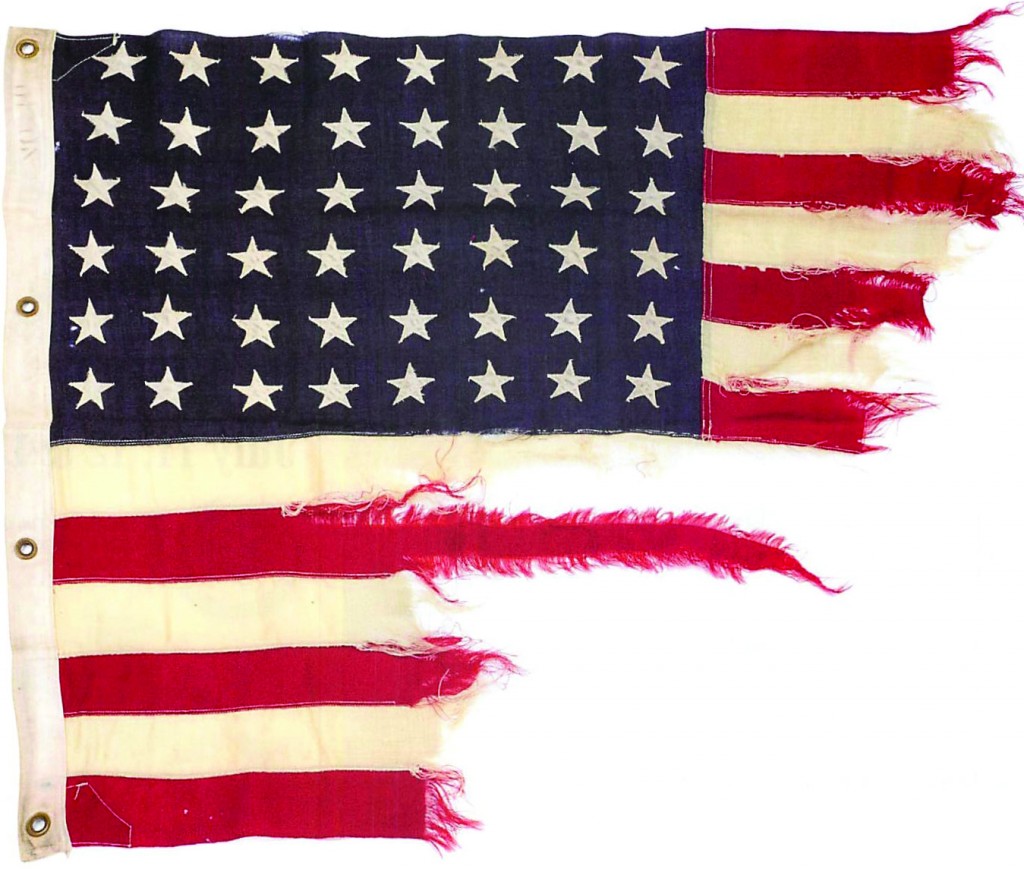 A U.S. flag from one of the thousands of Allied ships that delivered troops to the Normandy beaches sold for $350,000 at a New York City auction of hundreds of D-Day and other World War II artifacts on Thursday, a day before the 70th anniversary of the invasion.

An unnamed buyer won the spirited bidding at Bonhams in Manhattan for the American flag that flew aboard the U.S.-built LST 493, which went for far more than the pre-sale estimate of $25,000 to $35,000. The auction also featured rare print-outs of the original series of hourly Dow Jones news bulletins with some of the first reports of the fighting on France’s north coast on June 6, 1944. They fetched $10,000.

Among the higher-priced items for sale were the original designs of the Mulberry harbor, the massive structures the Allied ferried across the English Channel to use as temporary ports on Normandy’s coast. The British innovation allowed quick resupply and reinforcement of the assault troops after they started advancing inland. Sketched in pencil by engineer Hugh Iorys Hughes, the nine drawings had a pre-sale estimate of $70,000 to $100,000. But Bonham’s said they did not sell Thursday.

“Every object in the June 5 WWII sale has an incredible story to tell,” said Tom Lamb, Bonhams’ business development director for the books and manuscripts department in New York. “They bear witness to the war’s unparalleled turmoil, and testify to the bravery of many individuals as well as entire nations.”

More than half of the 350-lot auction is owned by Brown, a military historian and collector.

“Somebody knew enough to clip out and save the D-Day bulletins,” Brown said. “It’s a unique document. I don’t believe there’s another one in existence.”