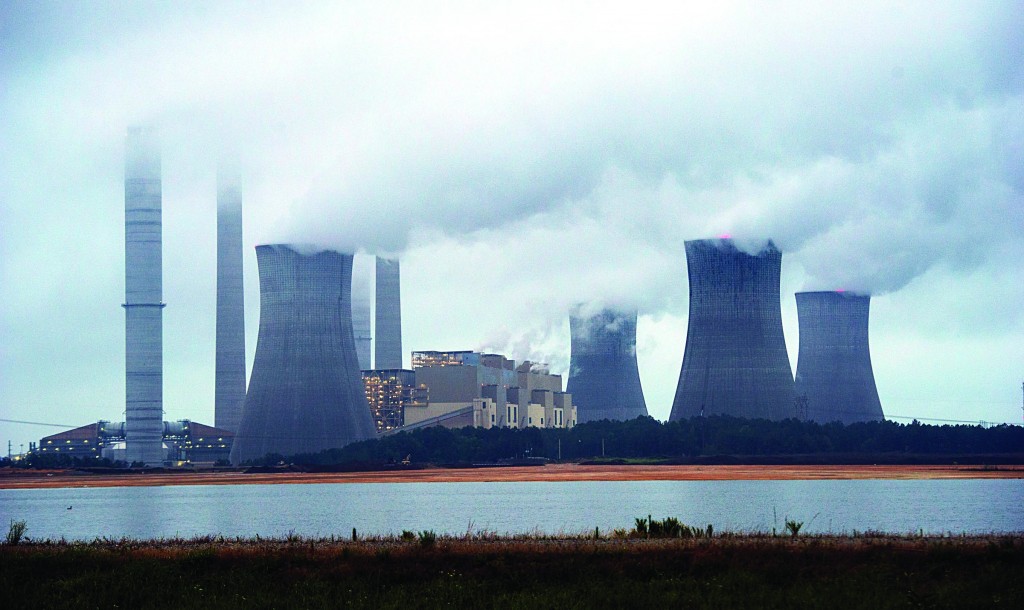 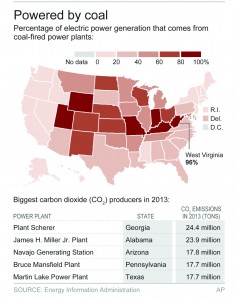 The Obama administration Monday morning unveiled its far-reaching proposal to curb climate change by substantially restricting emissions at power plants, a plan that promises to set off intense debate across the country amid the president’s boldest action yet to reshape the energy landscape.

Under the proposal, the administration is seeking to reduce greenhouse gases by 30 percent from their 2005 level by the year 2030. The plan gives local officials wide leeway in how to go about meeting that goal, but it represents a major challenge for many of the states that remainheavily dependent on coal; some are already girding to fight the president on the proposed new rules.

The Environmental Protection Agency’s rollout of the 645-page plan launches a yearlong period of comment and review. The 2005 baseline year chosen by the administration reflects a time when emissions of greenhouse gases were at a peak. They have been reduced by about 10 percent since then, largely because many power companies have shifted toward cleaner-burning natural gas amid its recent boom. Meeting the EPA goal would require a further 17 percent reduction nationwide.

“This goal is achievable because innovations in the production, distribution and use of electricity are already making the power sector more efficient and sustainable while maintaining an affordable, reliable and diverse energy mix,” the preamble to the EPA plan states.

Still, many lawmakers and major business groups warn such a mandate would cause irreparable damage to the economy. The U.S. Chamber of Commerce, a staunch opponent of many initiatives to curb climate change, projects that the rule would cost the economy $50 billion annually, but the EPA concluded differently.

“The EPA projects that, in 2030, the significant reductions in the harmful carbon pollution and in other air pollution, to which this rule would lead, would result in net climate and health benefits of $48 billion to $82 billion,” the agency proposal says. “At the same time, coal and natural gas would remain the two leading sources of electricity generation in the U.S., with each providing more than 30 percent of the projected generation.”

Under the plan, states would be given a menu of options for meeting their specific targets, which will vary based on their current fuel mix. States that burn a lot of coal would begin their reductions from a higher emissions level than those that burn natural gas, which emits less carbon dioxide.

One way a state might go about meeting the target is by building higher-tech plants that capture greenhouse gases and divert them from the atmosphere, a costly endeavor that opponents of the president’s plan say is financially untenable on the scale the EPA is seeking. They could also choose to run fossil-fuel-fired plants less often, shift more operations to renewable energy sources or impose energy-efficiency programs that reduce the amount of power used, and thus emissions.

“Each state will have the flexibility to take steps to design a program to meet its goal in a manner that reflects its particular circumstances and energy and environmental policy objectives,” the proposal says. “Each state can do so alone or can collaborate with other states on multi-state plans that may provide additional opportunities for cost savings and flexibility.”

Power plants account for about a third of the nation’s greenhouse gas emissions. Though there are multiple rules geared toward limiting the pollutants the plants release into the environment,  there are no federal caps on the carbon dioxide they emit.