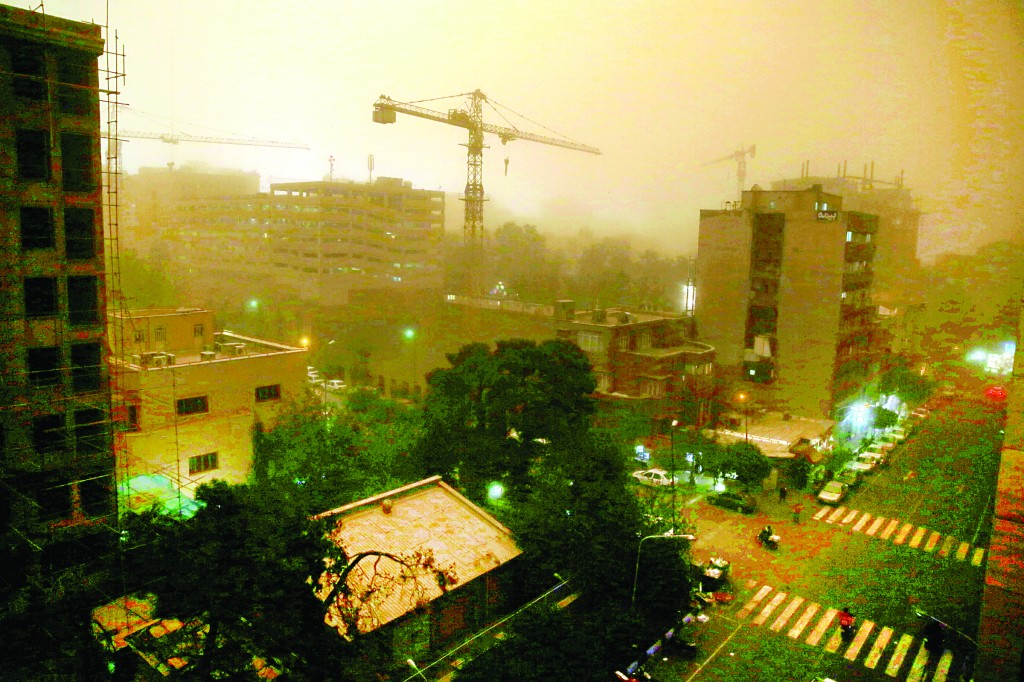 A heavy dust storm roared into Iran’s capital Monday, blacking out the sun in a swirling cloud and tearing down trees in a squall that reportedly killed at least four people and injured 30.

The storm struck Tehran with winds of up to 110 kilometers per hour (68 mph), state media reported. Its report said the storm killed five people, while Iran’s official IRNA news agency said it killed four people as winds hit 80 mph. The discrepancy could not immediately be reconciled.

The storm broke trees and plunged the capital into darkness for several minutes. It also caused a chain-reaction crash involving 20 vehicles on a highway south of the capital and international flights were canceled, according to the report. Air traffic controllers diverted several domestic flights to central Iran.

Authorities asked children and the elderly, as well as those with heart problems, to remain indoors due to the dust.

Heavy winds also engulfed parts of central Iran, but no casualties were reported there.