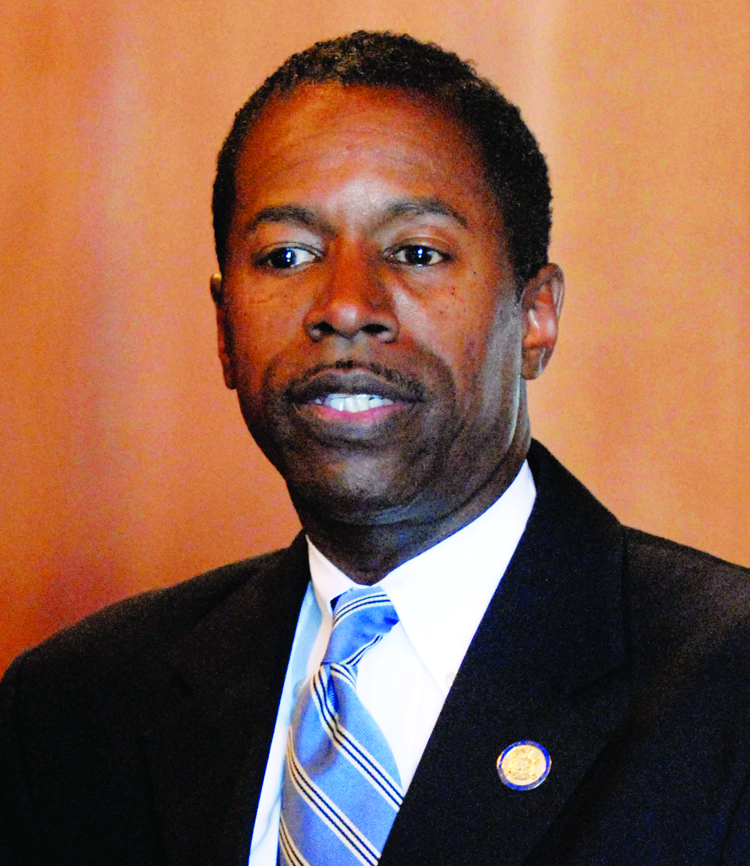 A state senator accused of trying to bribe his way onto the New York City mayoral ballot says he didn’t do it — and if he did, he was lured into it by federal agents.

Sen. Malcolm Smith’s trial begins in White Plains this week in the midst of his re-election campaign in Queens.

His co-defendants are former City Councilman Daniel Halloran, who wants to use an insanity defense, and Vincent Tabone, who was vice chairman of the Queens Republican Party.

Smith, a Democrat, is accused of scheming to bribe the city’s Republican leaders for their approval to run as the GOP candidate in last year’s mayoral race. He needed three of the five county leaders to sign off.

Prosecutors say that they have a recording of Halloran saying, “That’s politics, it’s all about how much. Not about whether or will, it’s about how much, and that’s our politicians in New York. They’re all like that.”

Halloran is accused of helping to arrange and negotiate the bribes. Prosecutors say Tabone accepted a bribe.

The three defendants have pleaded not guilty. Each faces up to 20 years in prison if convicted.