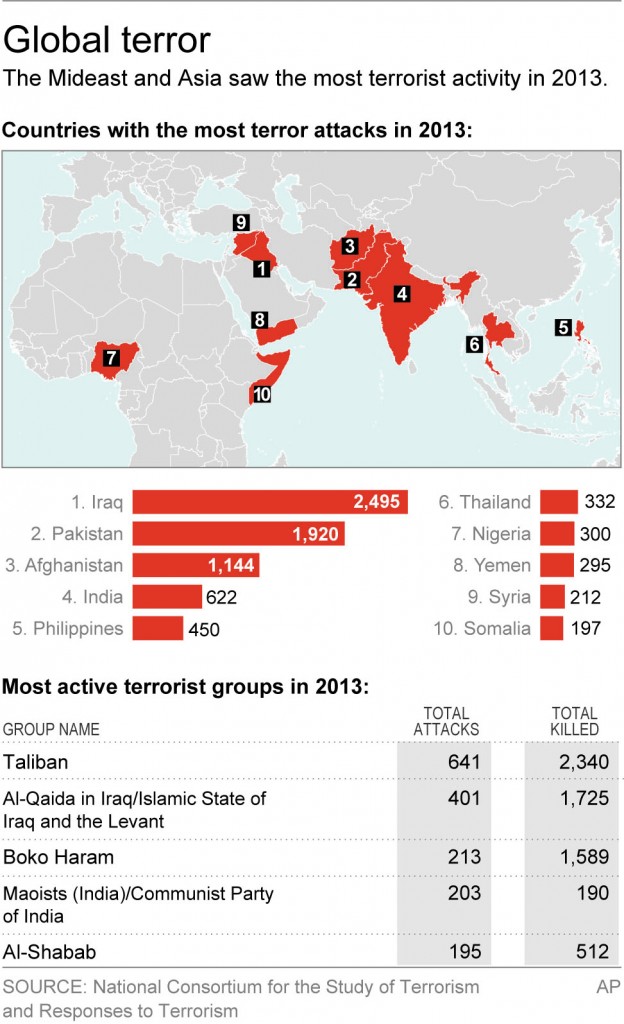 Al-Qaida has decentralized, yet it’s unclear whether the terrorist network is weaker and less likely to launch a Sept. 11-style attack against the United States, as President Obama says, or remains potent despite the deaths of several leaders.

Obama said in his foreign policy speech last week that the prime threat comes not from al-Qaida’s core leadership, but from affiliates and extremists with their sights trained on targets in the Middle East and Africa, where they are based, which lessens the possibility of large-scale 9/11-type attacks against America.

“But it heightens the danger of U.S. personnel overseas being attacked, as we saw in Benghazi,” he said, referring to the September 2012 attack on a U.S. diplomatic outpost in Libya.

Experts argue that this restructured al-Qaida is perhaps even stronger than it has been in recent years, and that the potential for attacks on U.S. soil endures.

“We have never been on a path to strategically defeat al-Qaida. All we’ve been able to do is suppress some of its tactical abilities. But strategically, we have never had an effective way of taking it on. That’s why it continues to mutate, adapt and evolve to get stronger,” said David Sedney, former deputy assistant secretary of defense for Afghanistan, Pakistan and Central Asia.

Decentralization does not mean weakness, he said.

“I think Americans think al-Qaida is no longer a threat — that Osama bin Laden’s death means al-Qaida is not a big thing anymore,” Sedney said.