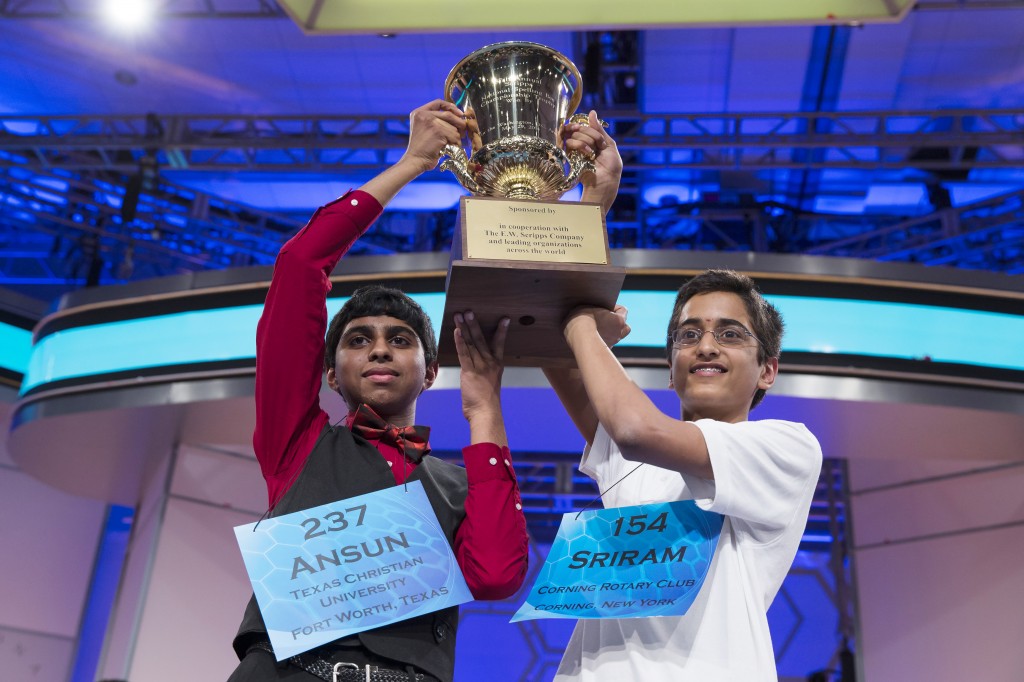 When the confetti flew, the two boys stood in the center of the stage and shook hands. They held up the trophy together. Both were champions, a Spelling Bee finish unseen in more than half a century.

After all, it wouldn’t have seemed right for one of them to finish second. Sriram Hathwar and Ansun Sujoe had essentially used up the entire list of words the Bee had. The one time Sriram misspelled, Ansun did too. Then they were spot on for their final 12 spellings combined, acing “thymelici,” “encaenia,” “sdrucciola” and “holluschick.”

Sriram had been a favorite to win. Ansun had come out of nowhere. When it was all done, 14-year-old Sriram from Painted Post, N.Y., and 13-year-old Ansun from Fort Worth, Texas, each won $30,000 as co-winners of the 87th Scripps National Spelling Bee.

“I think we both know that the competition is against the dictionary and not against each other,” Sriram said. “I’m happy to share this trophy with him.”

Both are Indian-American, making it seven years in a row that a speller of Indian descent has won.