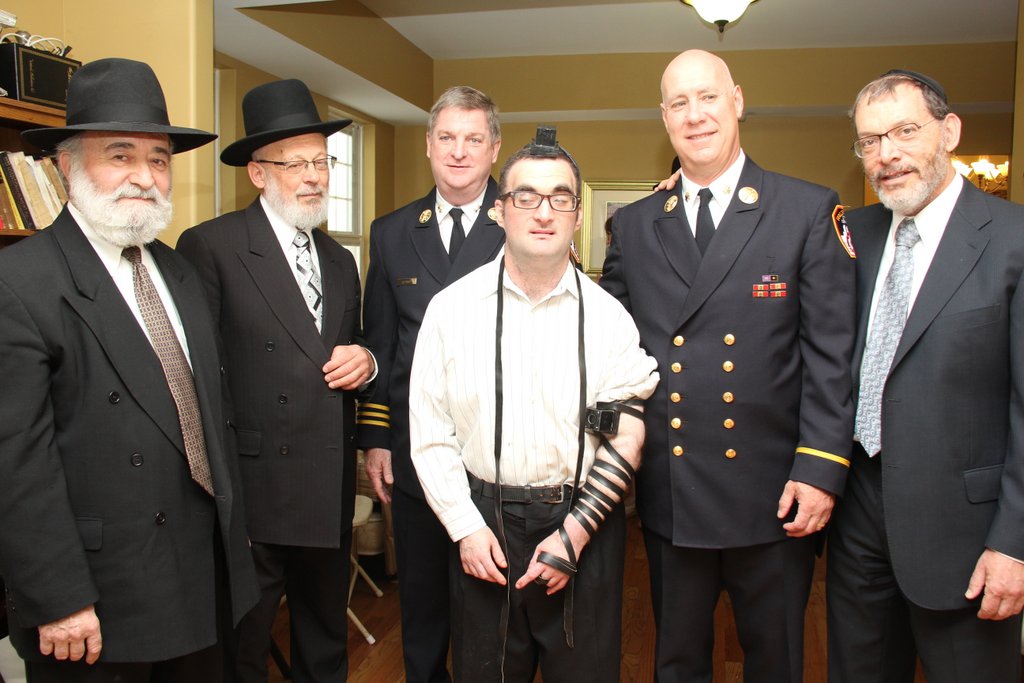 Over 25 years ago, then-firefighter, now Chief of Personnel Michael Gala Jr., found a pair of tefillin and handed them over to his Jewish neighbors, Mr. and Mrs. Yaakov Grunfeld, who unflaggingly, albeit unsuccessfully, sought to restore them to their rightful owner. It was only after the Grunfelds’ query was published in Lost & Found’s column that their decades-long search finally ended.

In far-away Sydney, Australia, the Grunfelds’ query was read by Mrs. Shterna Alhouse, who was surprised to see the name of her cousin, Shalom Hurwitz, mentioned in connection with lost tefillin. She alerted her aunt, Mrs. Brocha Hurwitz, who contacted HASC, where her son Shalom lives. After ascertaining that Shalom’s current tefillin were accounted for, they realized that those mentioned in Inyan’s column were Shalom’s long-lost bar mitzvah tefillin.

Although Shalom obtained another set of tefillin when these went missing, this particular pair has special meaning for him and his parents, Mr. and Mrs. Shmuel Hurwitz.

On Sunday, the tefillin were returned at the HASC residence, proving again the goodness of Chief Gala in giving the tefillin he found to his Jewish neighbors, and the hashgachah pratis that led to the culmination of a story that began twenty-five years ago.

The full story will, iy”H, appear in a future issue of Inyan Magazine.