World Rebels Down Helicopter; Another Big Loss For Kiev
World 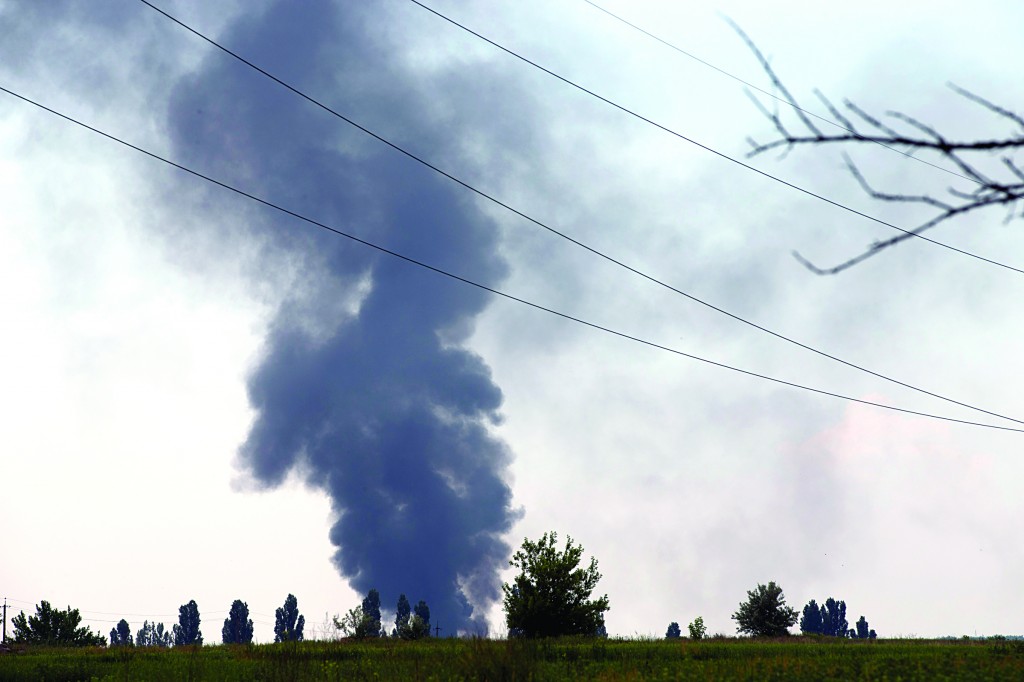 In another devastating blow to Ukraine’s armed forces, rebels shot down a troop helicopter Thursday, killing at least 12 soldiers, including a general who had served in the Soviet army and was in charge of combat training.

The loss underscored the challenge Ukrainian forces face in fighting a guerrilla-style insurgency that has proven to be an agile foe.

Ukraine, meanwhile, announced that President-elect Petro Poroshenko will be sworn in June 7, less than two weeks after his overwhelming victory in special balloting that was hoped would ease tensions in the deeply divided country. Poroshenko has promised to negotiate with representatives in rebellious eastern Ukraine but also has vowed to uproot the pro-Moscow rebels who want the region to join Russia.

The Mi-8 helicopter was downed on the outskirts of Slovyansk by rebels using a portable air defense missile, according to Oleksandr Turchynov, Ukraine’s acting president, in remarks to parliament in Kiev. Slovyansk, a city of 120,000 people, has become a focal point for the insurgency and has for weeks been encircled by Ukrainian troops.

Turchynov said the helicopter was rotating troops into a checkpoint when it came under rebel fire. Among the dead was Gen. Serhiy Kulchytskiy, who the Interfax news agency said had once served in the Soviet army and was in charge of training Ukraine’s National Guard.

White House spokesman Jay Carney said the U.S. hasn’t verified what happened in the incident, but he added that Washington is concerned because it indicates the separatists still have access to advanced weapons and are getting help from outside Ukraine, alluding to Russia.

While Ukrainian forces may be better equipped that their opponents, fears the fighting could degenerate into brutal urban warfare have so far held authorities back from ordering an all-out assault.

“It is extremely difficult to fight against guerrillas. You just cannot destroy them. They are not regular troops,” said Igor Sutyagin, a research fellow at the London-based Royal United Services Institute. “It’s the classic problem which Russia had in Chechnya and the United States had in Vietnam.”

The Ukrainian government has been waging a military campaign in the Donetsk and Luhansk regions to try to put down the uprising by gunmen who have taken over public buildings and set up checkpoints. Dozens have been killed on both sides, including on Monday, when Ukrainian forces used fighter jets and helicopter gunships to dislodge rebels from the airport outside the city of Donetsk, the regional capital.

In recent days, Ukrainian troops have been using mortars to try to retake Slovyansk, causing civilian casualties and prompting some residents to flee. The tactic has produced few immediate results other than deepening distrust toward the government in the city and instilling general fear.