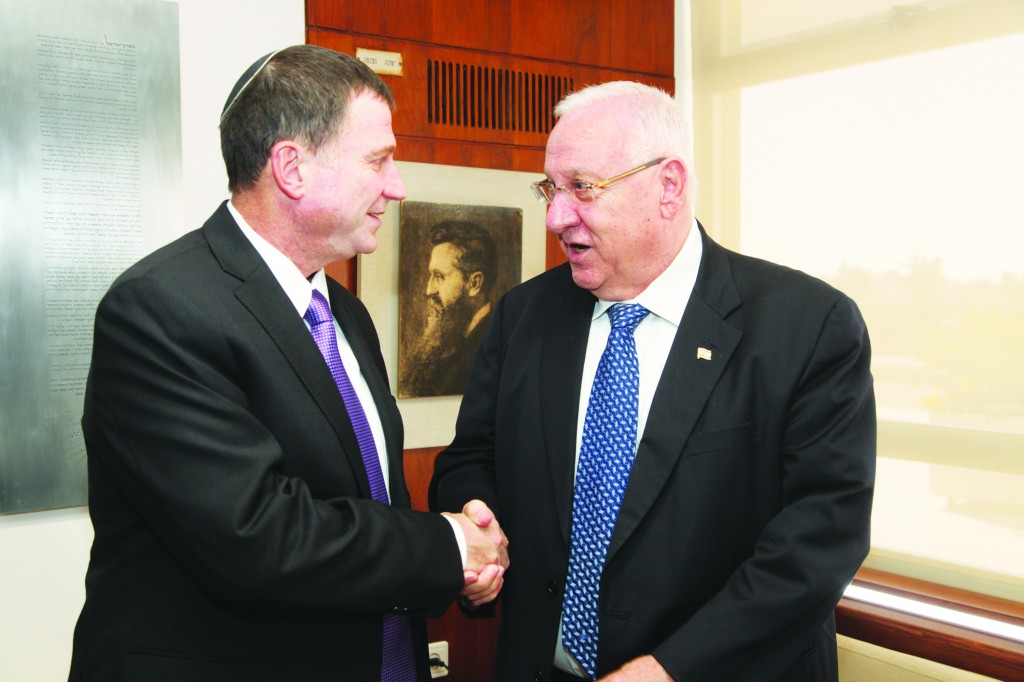 Prime Minister Binyamin Netanyahu ended months of speculation as he announced on Wednesday his choice of Reuven Rivlin for president.

The decision, which came on the last day before the deadline for filing of candidacies, was made after Netanyahu had reportedly considered virtually every other possible alternative. He came out for Rivlin, with whom he has been carrying on a personal feud, only as a last resort.

As late as 9 p.m. on Tuesday, with only three hours to go, Netanyahu was engaged in a last-ditch attempt to make Elie Wiesel his candidate. He dialed Economy Minister Naftali Bennett, Finance Minister Yair Lapid and other ministers to try to enlist their support, but the proposal fell through.

Initially, he sought to abolish the office of presidency altogether by postponing the June 10 election and then legislating it out of existence. But apparently that idea was suggested too late and support for it was not forthcoming.

Netanyahu had considered other candidates, as well. He met with Minister of Energy and Water Silvan Shalom about it a few days ago, but no endorsement came out of it, and Shalom withdrew his name from the discussion.

Netanyahu’s office said that he had called Rivlin telling him, “We have been through a lot together in our lifetimes. Some days were good, and some not so good, but I hope we will know better days.”

The prime minister told Rivlin that he had waited to see the full list of official presidential candidates before making his final decision. “As the prime minister and the head of the Likud, I announce my support for you.”

Rivlin thanked Netanyahu for supporting him in the presidential race, in which he is regarded as the frontrunner. The Likud MK and former Speaker of the Knesset is 74.