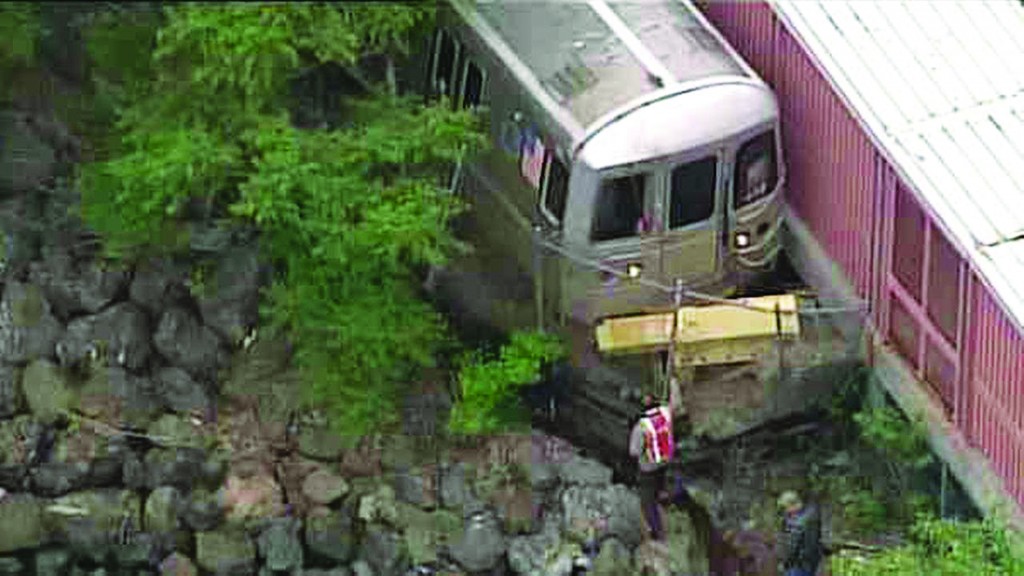 A train with no passengers derailed early Thursday morning at the Tottenville station of the Staten Island Railway, the MTA said.

A car on the eastbound train about to begin its morning run went off the tracks at 6:36 a.m. after hitting a “bumping block” at the Tottenville station. The block prevents the train from going further out of the station.