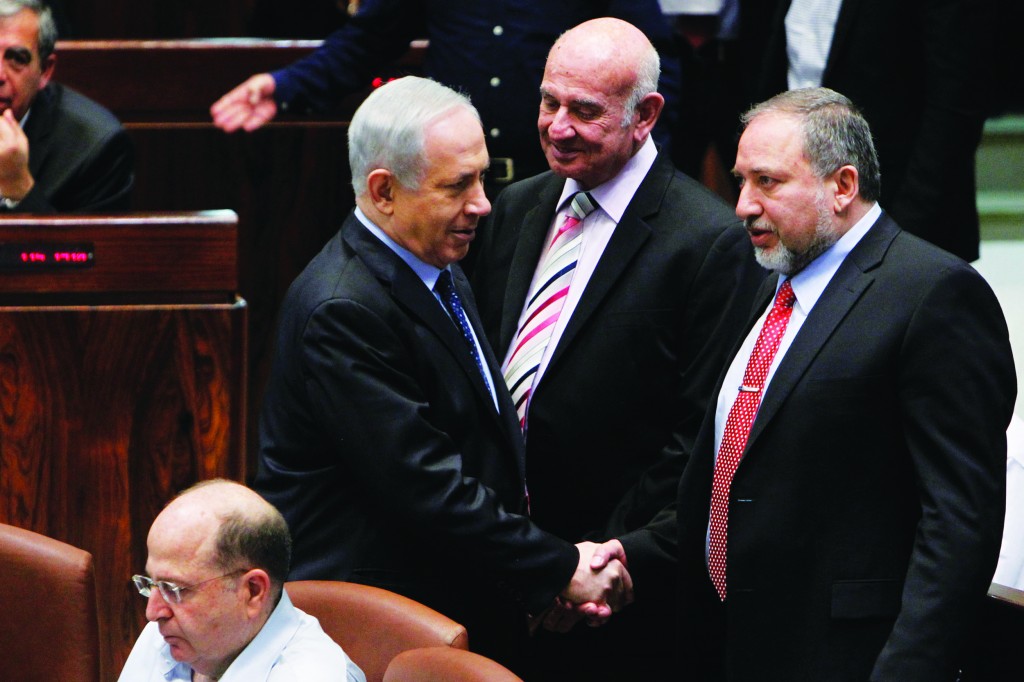 Foreign Minister Avigdor Lieberman accused Prime Minister Binyamin Netanyahu of breaking his word to him that he would not support Reuven Rivlin for president, whose candidacy Netanyahu subsequently endorsed on Wednesday.

Lieberman made his charge on Israel Radio.

Sources from his Likud Beitenu party told The Jerusalem Post that on Tuesday night the two had discussed candidates might be capable of defeating Rivlin, the acknowedged frontrunner, and agreed that they would in any case not give their backing to the former Knesset speaker option.

“It seems strange and not right,” Lieberman said of Netanyahu’s move.

Lieberman also said that he had informed Rivlin that he would not support him, based on political differences which emerged during the latter’s tenure as Knesset speaker.

Lieberman has not forgotten that Rivlin as speaker prevented the passage of legislation he favored to investigate foreign funding of left-wing NGOs, and to revoke the pension of former Balad MK Azmi Bishara, who helped Hizbullah against Israel in the Second Lebanon War.

According to sources, Lieberman has not decided which candidate to support, but mentioned that he is friendly with both Labor MK Binyamin Ben-Eliezer and former Knesset speaker Dalia Itzik.