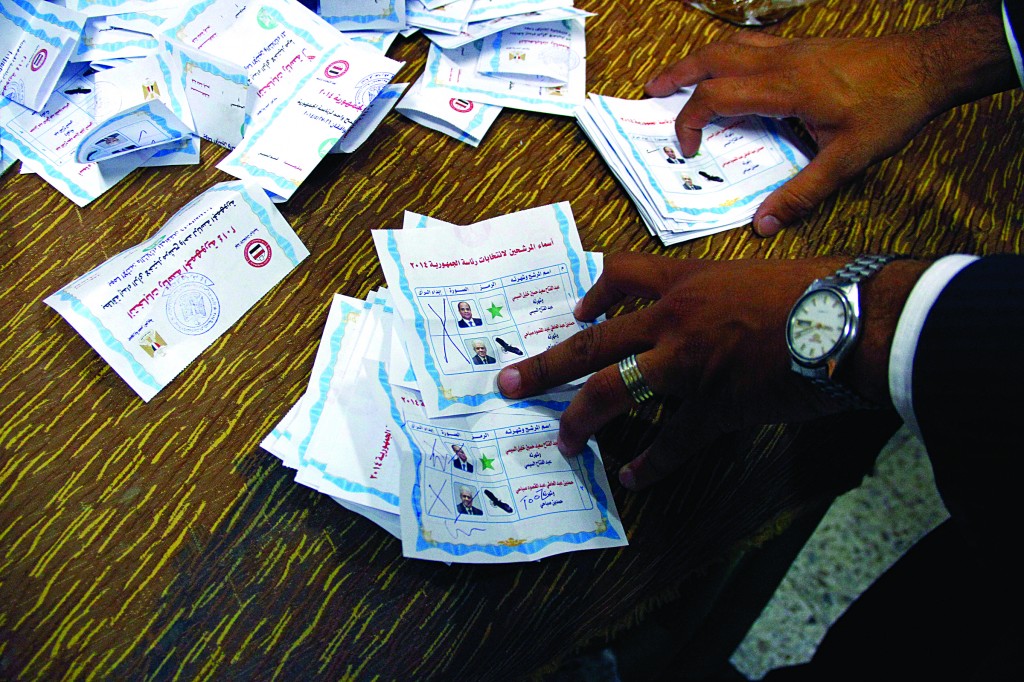 “El-Sissi will leave no one wanting!” the 50-year-old shopkeeper in a Cairo slum barked when a younger man criticized the landslide victor of Egypt’s presidential election, former army chief Abdel-Fattah el-Sissi.

Their heated argument — even though both voted for el-Sissi — shows the stormy public sentiment the retired field marshal will confront, even after winning nearly 93 percent of the vote in this week’s election. El-Sissi faces not only opposition from Islamists, but also a generational divide.

Many older voters embrace him. But among the young, ambitions for change have been unleashed since the 2011 ouster of autocrat Hosni Mubarak, and their expectations are low that another military man in power will fulfill them.

El-Sissi’s Islamist foes, furious over his removal last summer of President Mohammed Morsi, boycotted the election, as did more secular revolutionary youth groups. Many balked at voting when the outcome seemed certain. The government managed to boost turnout to 46 percent by threatening fines for non-voters and by abruptly extending the vote to a third day.

Some young voters backed el-Sissi, but with a sense of resignation and gloom over the future that could quickly turn to opposition.

In Abdel-Hakim Fathi’s tiny fishing supply shop in Cairo’s impoverished Dar el-Salam slum, this reality was on display. Ahmed el-Nabawi, 36, argued that while el-Sissi may be able to restore some stability, it will be at the cost of increased police abuses, corruption and injustice, all under the mantle of “fighting terrorism.”

“It may look OK at the start, but once the ball gets rolling, it will be back to good old days!” he said, referring to the Mubarak era. “The police will be worse than they used to be.”

Despite his skepticism, el-Nabawi voted for el-Sissi, hoping the career officer — backed by Egypt’s military and rich Gulf Arab states — can improve the economy enough so that he can pay off his taxi, sell it and buy a newer one. If that doesn’t happen, he said, he’ll oppose the president.

“You are being selfish,” Fathi shouted. “The army never said a word without delivering.”

“If you do nothing wrong and mind your business, no one will come after you,” he added, dismissing concerns over a police state. “I have been around 50 years and nothing happened to me.”

The argument in Fathi’s shop, which pitted the shopkeeper and a man in his 60s against the younger el-Nabawi, illustrated the old world vs. new world attitudes among Egypt’s electorate.

An older generation, which brags about fighting in past wars and remembers a time of political repression but less chaos, is more welcoming of a new president from the military. A younger generation — the 32 million voters between the ages of 18 and 40 out of an electorate of 54 million – is no longer patient with restrictions on human rights, social mobility and basic freedoms.