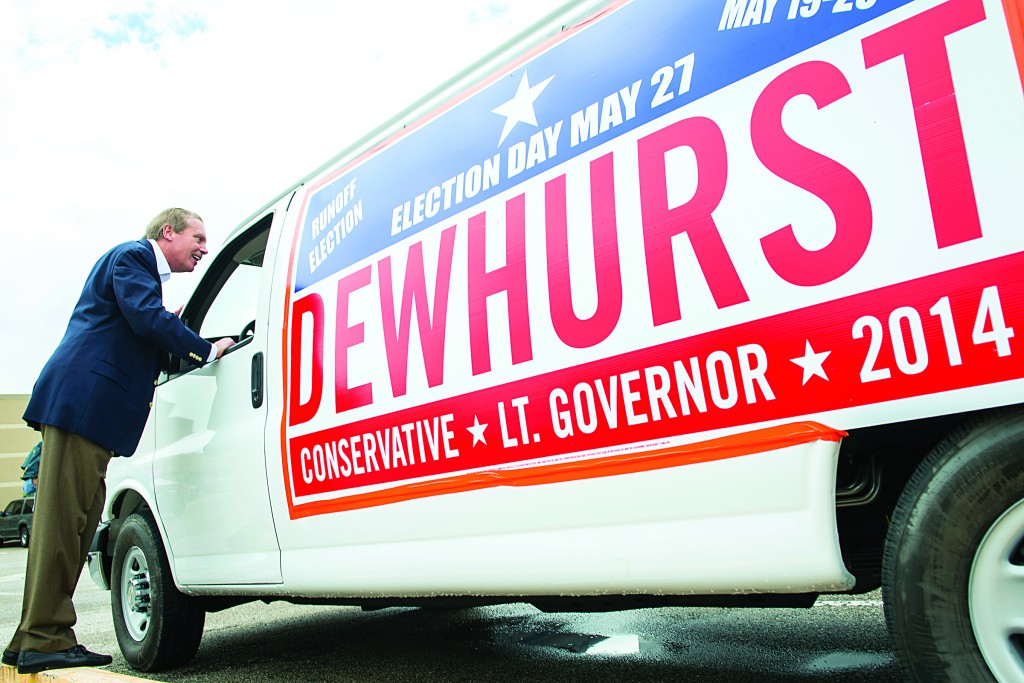 Republican voters appear ready to steer Texas even further to the right by backing tea party favorites over establishment candidates, which could end the political career of Lt. Gov. David Dewhurst, one of the most powerful figures in Texas since 2002.

Despite spending $5 million of his own fortune on his campaign, Dewhurst has struggled to gain ground on state Sen. Dan Patrick, a fiery conservative talk radio host and founder of the Legislature’s tea party caucus. Patrick has criticized Dewhurst — who presided over the Texas Senate — for not preventing Democratic Sen. Wendy Davis’s filibuster of a 2013 measure, which drew national attention and launched her run for governor.

A Patrick victory Tuesday would likely mean that a new face will occupy every statewide office in Texas next year when Gov. Rick Perry steps aside.

Republican nominations for four major offices — including attorney general and agriculture commissioner — and nearly a dozen statehouse seats will be settled after crowded primary battles in March resulted in a busy slate of runoffs.

With Texas Democrats again the underdogs in November, many tea party-aligned candidates favored to win Tuesday would be poised to pursue an aggressively conservative agenda that would likely include further spending cuts and expanded gun rights.

“We’re supposed to be this very conservative state, and the people in Texas are, yet our Legislature doesn’t always reflect that,” said Republican Konni Burton, a tea party leader from Fort Worth who is running for Wendy Davis’s state Senate seat.

Robert Wilkerson, a 65-year-old handyman in Aledo, near Fort Worth, said just after the polls opened Tuesday that he voted for Patrick because he thought Dewhurst was too “passive.”

But a voter in the Houston enclave of Bellaire, Morven Edwards, a 67-year-old pediatrician, said she voted for Dewhurst because she defines herself as a moderate-to-conservative Republican “not so far to the right that I think it’s healthy for tea party members to be elected into office.”

For Democrats, it’s a less lively runoff. Voters will choose a token opponent to powerful Republican incumbent U.S. Sen. John Cornyn. Democrats have spent much of the primary trying to dissuade their supporters from picking Kesha Rogers, who has called for impeaching President Barack Obama, and instead choose David Alameel of Dallas, who made millions with a chain of dental clinics.

Most attention and money has been directed at the Republican races.

Unlike in 2010 and 2012, tea party-backed candidates in Texas and elsewhere are dealing with a disappointing election year, particularly in congressional and U.S. Senate races. But when it comes to statewide races, many candidates are trying to emulate Cruz, a once little-known state solicitor general who upset Dewhurst for the 2012 U.S. Senate nomination.