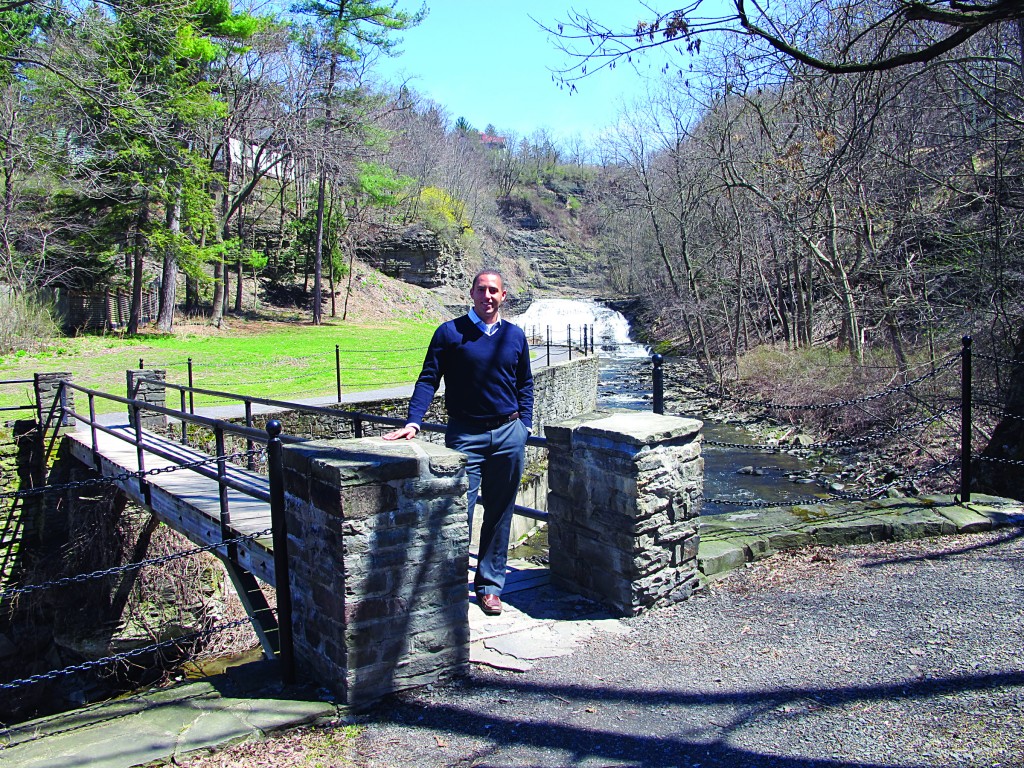 Mayor Svante Myrick says he draws heavily on life experience as he shapes public policy — which may seem odd for someone still in his 20s.

But Ithaca’s youngest-ever mayor, now 27, says his approach to the city’s budget gap, housing shortfall and even homeless population can be traced to a childhood that began in a shelter and ended in the Ivy League.

“There’s a lot of lessons, if you’re paying attention,” said Myrick, reflecting on the first half of his term during a walk around the Finger Lakes city of 30,000.

Since taking office in 2012, Myrick has been the face of the city that is home to his alma mater, Cornell University, and has been listed by various publications among the nation’s “most enlightened cities,” and ‘‘smartest places to live.”

But its independent streak and the colleges that fuel it also have translated to more tangible successes, such as the state’s lowest unemployment rate — 3.5 percent — population gains and new high-tech jobs supported by incubators and venture capitalists. Myrick has pushed these trends with business-friendly zoning changes meant to enable denser development and more much-needed housing.

Myrick, who first arrived at City Hall as a council member at age 19, continues to take a bus there. (He turned his parking space into a tiny public park.) When faced with a $3 million budget gap, Myrick essentially bared the city’s pocketbook to departments and gave them a say in the job-shifting and early retirements that avoided layoffs and a potential 15 percent tax increase.

“It was just like being 11 years old again, saying, ‘Okay, I’m not getting the shoes that I wanted, my sister’s not getting the clothes that she wants and my brother’s not going on the field trip,’” he said. “‘But we all get to keep the lights on.’”

Even as a child receiving food stamps, he recalls getting into debates with classmates over whether government should provide food so that hungry students could learn or let them drop out and wind up on public assistance.

“Once you start talking about it, you can’t stop,” Myrick said.

Inside a downtown gift shop, manager Elana Maragni says the mayor is “everywhere all the time. I think he just works harder at connecting with the people.”

“Because of my age, [voters] thought I was some prodigy. I wasn’t,” said Myrick. “But I used that to gain credibility.”