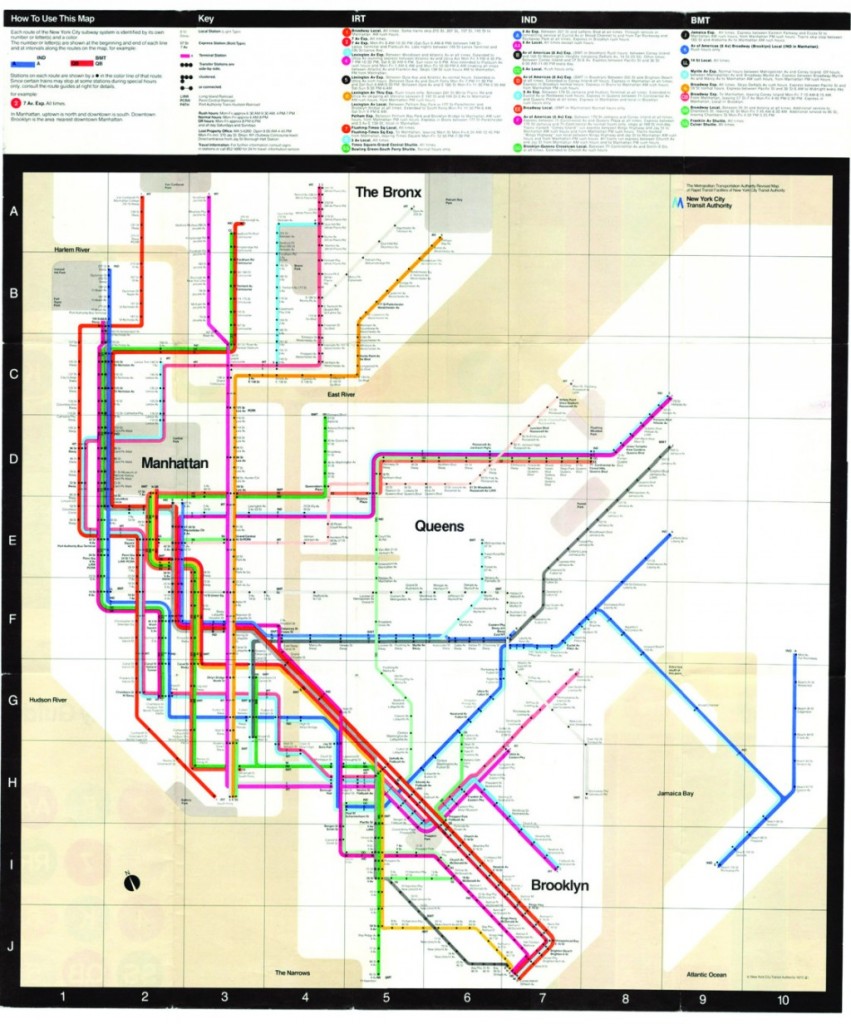 Vignelli, who was born in Italy, started his work life in the United States in the mid-1960s. He worked on a variety of design projects for companies including Bloomingdale’s, Ford and Xerox.

His designs have ended up in museum collections around the world.

Among Vignelli’s high-profile projects were the original branding for American Airlines — airplanes with red, white and blue stripes along the sides and a big AA logo on the tail — and a version of the New York City subway map that came out in 1972 — a geometric design lauded by some for its look but criticized by others because it didn’t easily help with understanding the street-level geography of the city.

That subway map design was in use until 1979. It has since become the basis of the MTA’s online map outlining weekend service changes.

Said MTA spokesman Kevin Ortiz, “Massimo Vignelli’s contribution to improving the way New Yorkers find their way around the subway system is hard to overstate, and it will endure for a long time to come.”

Waterhouse said Vignelli “was truly a total designer. He did everything.”

Waterhouse recalled how Vignelli had a hand in every part of his office design, from the chairs to the cutlery.

“He was the best there was,” Waterhouse said.