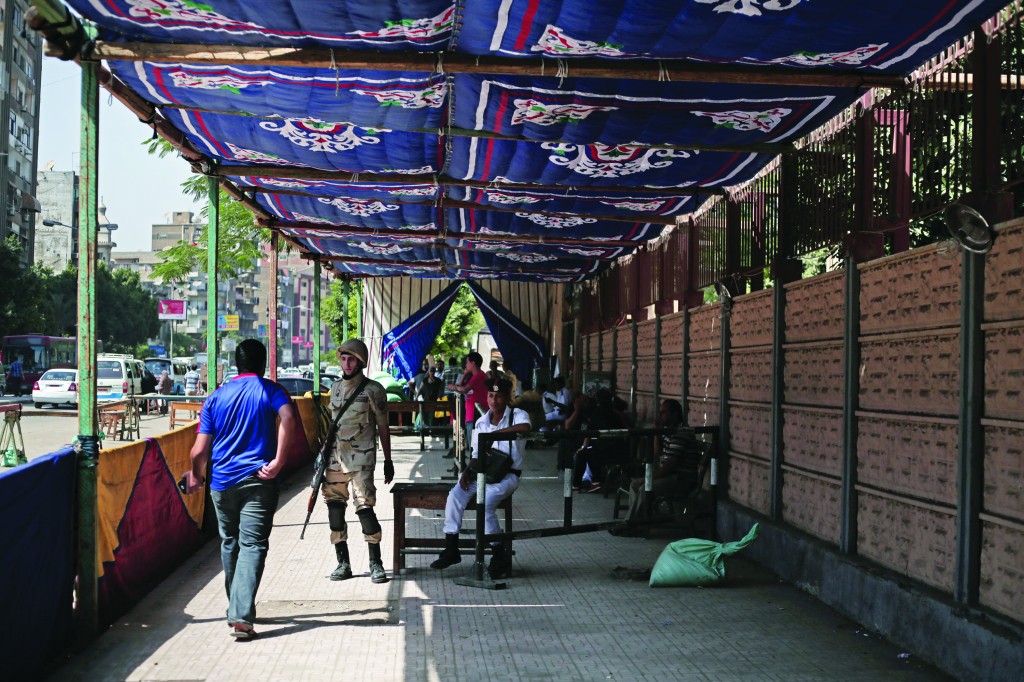 Egypt’s presidential election was extended by a day on Tuesday in an effort to boost lower than expected turnout that threatened to undermine the credibility of the frontrunner, former army chief Abdel Fattah el-Sisi.

After Sisi called for record voter participation, low turnout would be seen at home and abroad as a setback for the field marshal who toppled Egypt’s first freely elected leader, the Muslim Brotherhood’s Mohamed Morsi.

The two-day vote was originally due to conclude on Tuesday at 10 p.m. (1900 GMT) but was extended until Wednesday to allow the “greatest number possible” to vote, state media reported.

Sisi faces only one challenger in the election: the leftist Hamdeen Sabahi, who came third in a 2012 vote won by Morsi and was seen as a long-shot in the race against an army man who became popular after ending Morsi’s divisive year in office.

“I was going to vote for Sisi because he will be the president anyway, and because I was grateful to him for removing the Brotherhood from power,” said Hani Ali, 27, who works in the private sector. “But now I won’t go as I felt people are unhappy with the chaos of the past months and are not as pro-Sisi as I thought.”

Lines outside polling stations in various parts of Cairo were short, and in some cases no voters could be seen on Tuesday, the second day of voting that had already been extended once, with polls originally due to close at 9:00 p.m.

Showing signs of panic, the military-backed government had launched a determined effort to get out the vote, declaring Tuesday a public holiday.

The justice ministry said Egyptians who did not vote would be fined, and train fares were waived in an effort to boost the numbers. Local media loyal to the government chided the public for not turning out in large enough numbers.

Al-Azhar, a state-run body that is Egypt’s highest Islamic authority, said failure to vote was “to disobey the nation,” state media reported.

Turnout in the 2012 election won by Morsi was 52 percent — a level this vote must exceed for Sisi to enjoy full political legitimacy, said Hassan Nafaa, a professor of political science at Cairo University.

Hero to Some, Villain to Others

Sisi’s supporters see him as a decisive figure who can steer Egypt out of three years of turmoil. He became a hero to many for removing Morsi after mass protests against his rule. But the Islamist opposition sees him as the mastermind of a bloody coup, and a broad crackdown on dissent has alienated others.

Trying to lower sky-high expectations in the run-up to the election, Sisi had stressed the need for austerity and self-sacrifice, a message that cost him some support and drew some ridicule in a nation of 85 million steeped in poverty.

He had announced his priorities as fighting Islamist militants who have taken up arms since Morsi’s removal, and reviving an economy battered by more than three years of turmoil that has driven away tourists and investors.

Morsi’s Muslim Brotherhood has been declared a terrorist organisation by the state, which accuses it of a role in attacks that have killed several hundred members of the security forces. The Brotherhood denies any role in the violence.