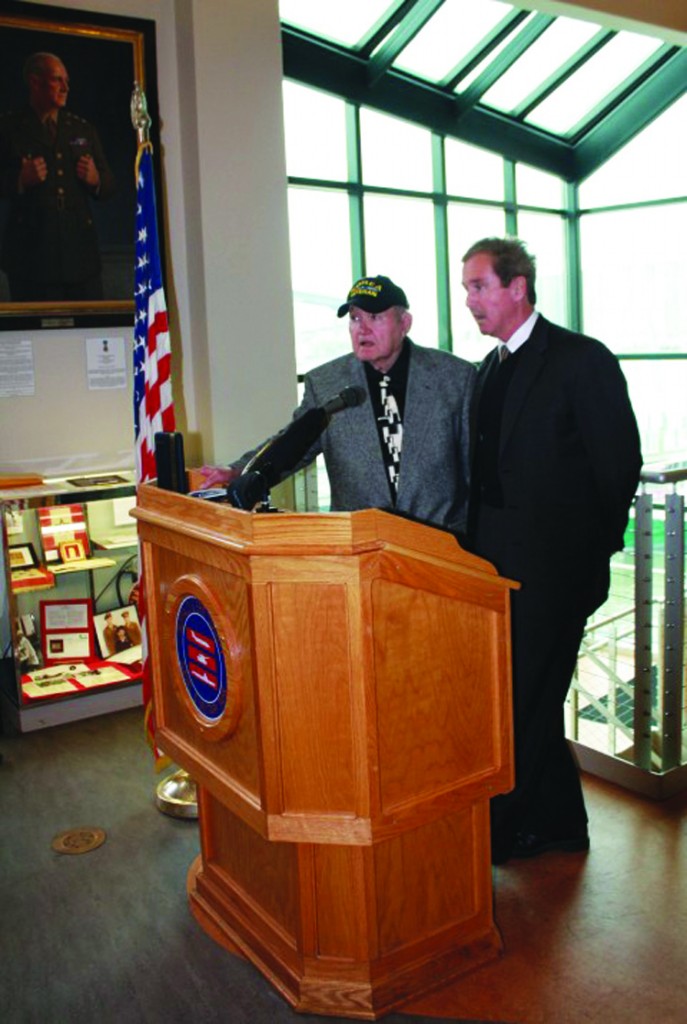 Two veterans from New York — one who served in the Korean War 63 years ago, the other who served in Vietnam 46 years ago — have been honored by their congressmen in separate services ahead of the Memorial Day weekend.

But both men accepted the honors reluctantly.

“A lot of my comrades never had this, never had this time or opportunity,” said Dates, noting that after he returned from service, he was busy raising and supporting a family and didn’t think about obtaining the medals he’d earned.

Pernatt, who spent seven months recuperating from gunshot wounds to his legs in 1951, was reluctant to seek recognition at all, but his brother George insisted and contacted Higgins’ office.

Maffei said Dates, a retired judge from Victory, earned his awards for keeping his platoon from being separated from the company while wounded during a fierce battle in the Dak To area of Vietnam on Nov. 11, 1967.

The paperwork behind the dozen awards, which included an Army Commendation Medal, wasn’t completed until recently, after Dates started exploring how to obtain the decorations after his retirement last year.